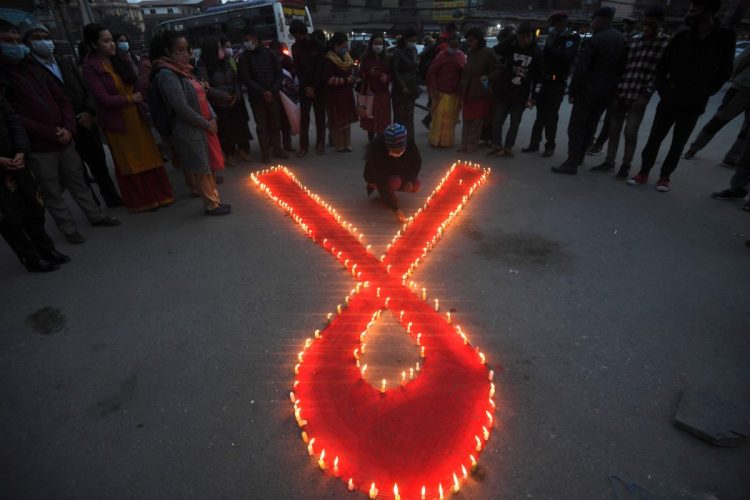 Kathmandu: Infection rate of HIV/AIDS has gradually decreased in the country, according to a comparative study carried out after the analysis of 10 years data.

At an interaction programme organised by National Centre for AIDS and STD Control, the Centre’s Director Dr Sudha Devkota shared that the infection rate of the HIV/AIDS has decreased by 63 per cent.

The programme was organised in the lead up to 34th World AIDS Day that is being marked with the theme of “End Inequalities, End AIDS’ on December 1.

In 2020, altogether 2,061 new cases were detected while the number of new cases was limited to 754 last year.
The Centre has argued that the HIV infection in the country is gradually decreasing due to regular treatment, care and support programme.

For the prevention and control of HIV/AIDS, the government is promoting use of condom, HIV counselling and test, diagnosis and treatment of sexual disease, anti-retroviral (ARV) services.