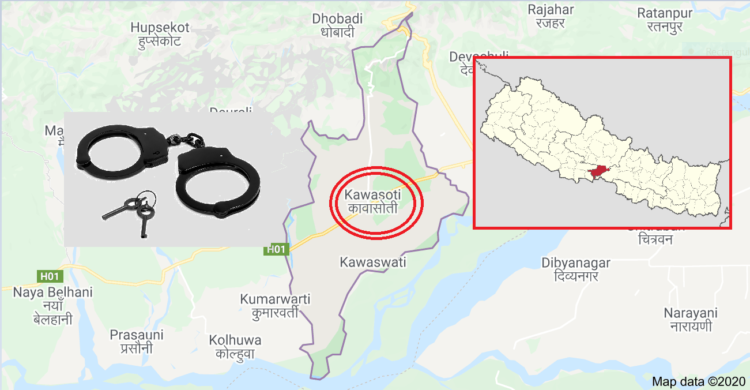 Nawalpur, June 1: A 40 year old woman in Shital chowk of Kawasoti municipality has been arrested on the charge of murdering her murder-in-law, Jasuda Adhikari by striking her head against hard object.

According to Deputy Superintendent of Police of district police office, Mohan Bahadur Khand, the accused, Nira Khatri was arrested on Saturday for the investigation.

Police had started the investigation after Chandrakant Adhikari, the husband of the accused had complained against her in the police station.

Earlier, Nira Khatri had taken the deceased to the Madhyabindu hospital saying that she had fallen while going to toilet.

An autopsy indicated the cause of death was blunt force trauma to the head. Seeing the spot of the incident and multiple injuries on the head of the victim, police have also came in the inclusion that it is murder but not an accident.