Vulnerability of natural disasters and its risk management in agriculture

Vulnerability of natural disasters and its risk management in agriculture 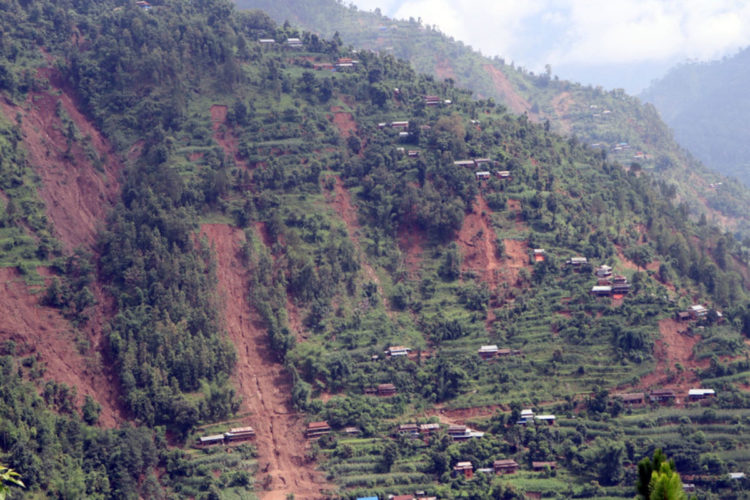 As of 1 August, 117 people died, 80 have been injured and 38 are reportedly still missing. The number of fatalities has increased following several floods and landslides across 32 Districts since the beginning of July. A month’s death toll is more than double the lives lost due to COVID-19. Nepal is one of the most disaster-prone countries in the world due to its topography and climatic condition.

Floods and landslides are most likely to occur in the monsoon as Nepal houses 6000 rivers and few major snow-fed perennial rivers. The death tolls are significant for a month’s time frame, however, Economic Vulnerability Analysis also shows that Nepal exhibits the largest losses due to large exposure at risk and the high level of hazards and Nepal being an agricultural nation, most of these losses and risk of losses are born by the agriculture sector i.e Nepalese agriculture.

Terrace farming is at high risk of landslides as roads are cut into hills destroying vegetation and overall stability of soil.

Agriculture is a broad sector ranging from household kitchen garden to acres of commercial crop production and from small chicken coops to large poultry farms all of which are directly or indirectly affected by flood and landslides.

As of the recent flood in the months of June and July, According to the Ministry of Agricultural and Livestock Development, the flood and landslide damaged agriculture and livestock worth around Rs.4 billion in State -1 and State-2 alone. Now these losses include the damage of flood on standing crops, including vegetables, early paddy, maize and fisheries worth Rs. 1.97 billion and thousands of livestock were killed directly by the flood which also swept away farmed fishes from farmers’ ponds.

All the above-mentioned facts were only losses for this year and of 1 or 2 months. Apart from data and facts, following problems are what farmers have to face during monsoon in Nepal:

Such apparent risks in Nepalese agriculture is also the reason why people look for easier and less risky ways to earn their income.

Why Nepalese farmers are left on ‘God’s will’ in rainy days?
Different major and minor factors come in play when addressing the first issue in the topic and why there is no easy way to prevent floods and landslides from damaging agricultural land and crops, First of all, Nepal is a landlocked country and hundreds of kilometres far from Bay of Bengal which is the major source of monsoon winds in most of the parts of the country.

So, being a small country with low quality atmospheric surveillance, scientists have a hard time predicting rain and flood in time. It wouldn’t be incorrect to say that the meteorological department is only as good as farmers in predicting weather patterns as of now. Nepal being home to the Himalayan range and many glacial lakes that are very prone to outburst due to recent global warming and climate changes, there is very less certainty about when these disasters occur.

A recent study done by ICIMOD and UNEP reported 20 potentially dangerous lakes in Nepal and in 10 of them GLOF(Glacial lake outburst floods) events have already occurred in the past. These glacial lakes are regenerative in nature so as long as they exist, flash floods are right around the corner. The government’s policies regarding disaster relief funds and loans are also poorly executed and unsatisfactory to the farmers. 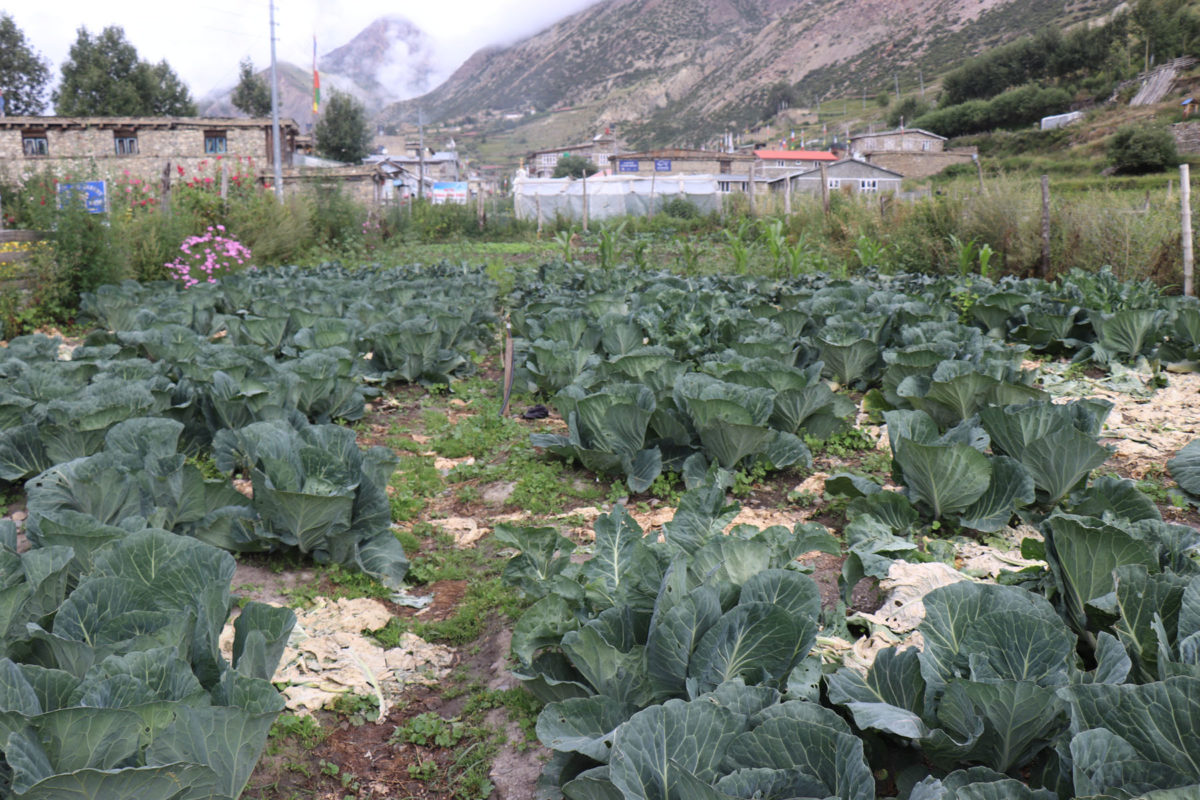 Agriculture is riskier than ever in the last few decades:
Agriculture in Nepal is in a phase shifting from substantial to a more or less commercial form, with staple production concentrating more and more in the terai region. Rapid urbanization and needs for housing have resulted in very fertile alluvial plains of valleys turning into residential and industrial land. Now the question why agriculture in Nepal is becoming more vulnerable to water-borne calamities is answered in points given below:

Now, addressing the final and last bit of the topic, questions may arise about how can we mitigate risks due the regenerative ever-lasting natural calamities. There are no straight-forward ways to prevent floods and landslides from occurring and the only thing farmers and entrepreneurs involved in agriculture in Nepal can do is either keep away from vulnerable places or bear the risks i.e take a chance against nature.

Since there are no definite measures to prevent natural calamities like flood and landslides from occurring, risk management strategies are limited mostly in moments after such disasters. Government policies have been mostly limited to papers only and at such less and less people will be practicing agriculture in coming future. This article is only a mere suggestion from the point of view of a student.

Subrat Acharya is student in Agriculture and Forestry University, Chitwan.