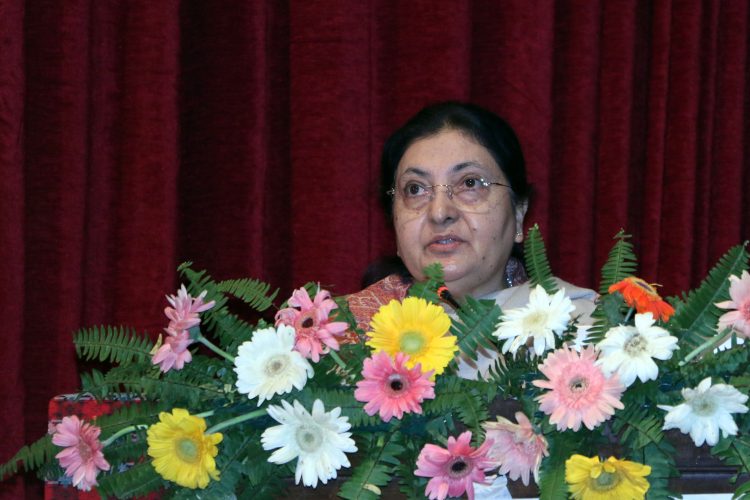 Kathmandu : President Bidya Devi Bhandari has pointed out the importance of vedic knowledge to create harmony and fraternity in the society. “It is even essential for world peace and prosperity.” President Bhandari asserted.

She lauded that such knowledge was important to achieve peace as tussle was witnessed between our neighbours.
President Bhandari argued for preserving the transcendental meditation, vedic education and other ancient knowledge and Sanskrit languages and literatures should be promoted. She also viewed that the religious tourism could be promoted by preserving our ancient religion, knowledge and culture. 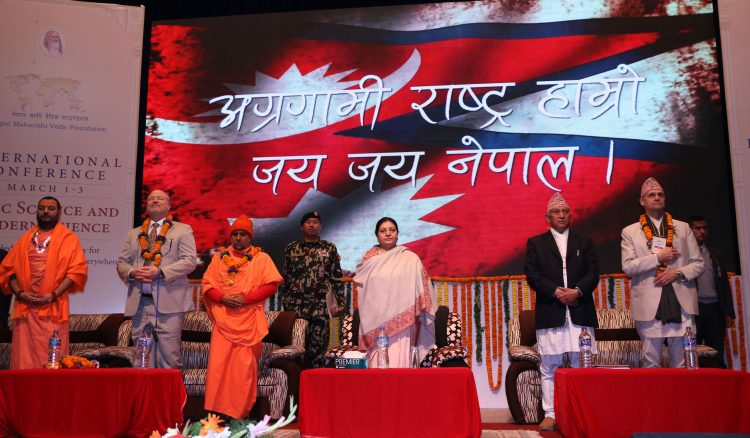 She hoped the seminar would be fruitful in shaping a way for world peace and harmony.  Speaking in the same programme, former Japanese Prime Minister Yukio Hatoyama opined that as the birth place of Lord Buddha, Nepal could spread the world peace and prosperity.

Maharishi Mahesh Yogi is widely regarded as the foremost scientist in the field of consciousness, and considered to be the greatest teacher in the world as well.

Maharishi has restored thousands of years old scattered vedic literature for the significance of its theory and practice, and organized it in the form of a complete science of consciousness with modern touch through the meditation.

The Foundation is active in 192 countries across the world and spreading the message of peace and harmony through transcendental meditation.

Foundation Chairperson Deepak Prakash Banskota said that the conference was organised for vedic awareness as the country has faced problems on various issues after abandoning systematic study of the veda and culture.
Similarly, Chief of World-Wide Maharshi Vedic Campaign, Tony Nader, stressed the need of disseminating the message of peace across the world from Nepal, the country of Rajashree Janak and Sita.

Chair of Nepal Santa Samaj, Gyanananda Saraswati, said that all should follow veda as it is unchangeable constitution while educationist Bidyanath Koirala and Chair of Vedic India Swami Brahmadev also expressed their views.

Working papers on different issues related to vedic sciences would be presented in the conference, which will run till March 3. More than 500 intellectuals on veda and science of international level have been participating in the conference.