US president Trump urges quicker US reopening from virus lockdown

US president Trump urges quicker US reopening from virus lockdown 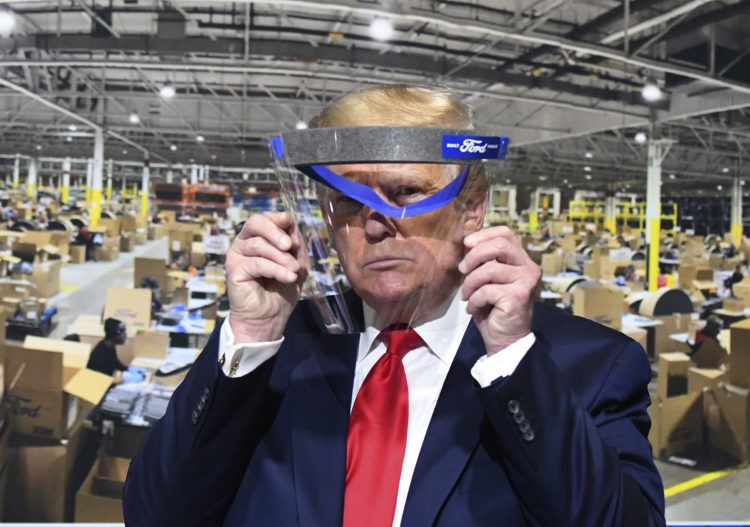 Washington, May 22:  American president Donald Trump on Thursday pressed for a broader reopening of the United States as coronavirus-related job losses mounted, while parts of Europe embraced post-lockdown life.

With summer approaching on both sides of the Atlantic, more stores opened their doors and beaches welcomed tourists, despite the global number of virus cases passing five million.

The crisis of course is far from over — Russia and Latin America emerged as the next hotspots, even as Europe and the United States headed into the next phase, like Asia before them.

But Trump, with an eye on his re-election prospects in November, made it clear he hoped more state governors would move toward a loosening of anti-virus restrictions.

“We did the right thing but we now want to get going… you’ll break the country if you don’t,” he told African-American leaders in Michigan, a key election battleground state.

The Republican incumbent specifically talked about reopening places of worship — something he had initially hoped would be done by Easter Sunday — as important to the nation’s healing.

“People want to be in their churches,” Trump said. “They’re so important in terms of the psyche of our country.”

Trump has adopted the theme of “Transitioning Back to Greatness” as states reopen at different speeds.

While daily death tolls are no longer on a steady incline, the losses are still mounting, with the total count in the US surpassing 94,000.

Trump ordered that flags at federal buildings be flown at half-staff for three days for the victims.

Another 2.43 million Americans were put out of work last week, the Labor Department said, bringing the total to 38.6 million since lockdowns were put in place, though the pace of job losses has slowed.