US hands over stolen idol to Nepal, stolen in 1984 from Patan

US hands over stolen idol to Nepal, stolen in 1984 from Patan 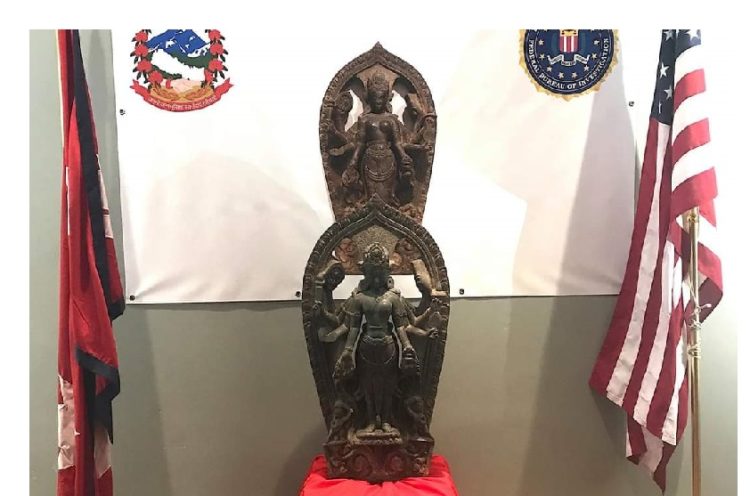 Kathmandu, March 6 : An idol of Laxminarayan which was stolen from the Patan Durbar area has been repatriated to Nepal. The US government has handed over the idol to Nepal.

The image of the Laxminarayan deity was kept at Dallas Museum in Texas State for 31 years. It was stolen in 1984.

The idol was handed over to the Embassy of Nepal based in Washington DC with assistance from the US Federal Bureau of Investigation (FBI) and the US Department of State.

The US government has expressed happiness to have handed over the stolen idol to Nepal through the joint initiatives of the Department of State, Division for the Protection of Art and Cultural Heritage and the media sector, among others.

The Embassy of Nepal has said the idol would be sent to Nepal for installing it at an appropriate place as per the UNESCO’s criteria.