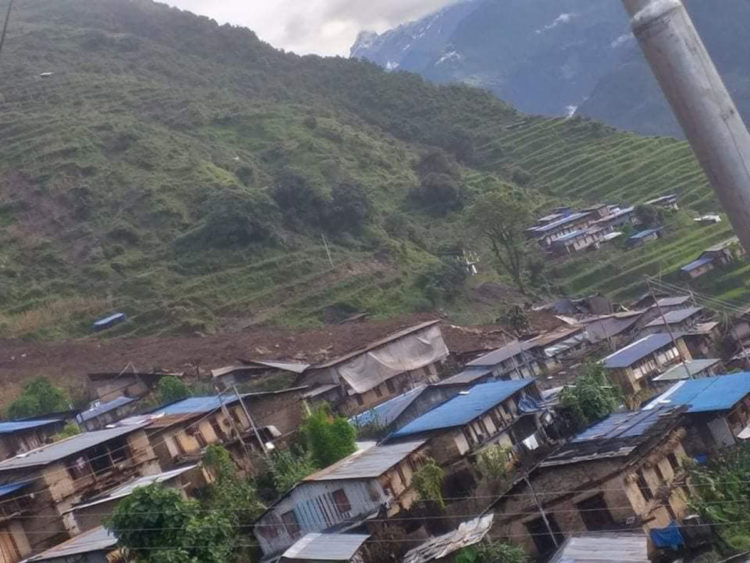 Sindhupalchowk, August 14 : As many as 38 people have gone missing in a landslide occurred at Lidi, Jugal rural municipality-2 this morning.

The landslide hit the settlement at 6 am. thirty five houses have been damaged and eight persons have sustained injuries, Hom narayan Shrestha, the Chair of Jugal rural municipality, said.

According to him, among the injured persons, four persons are being treated in Chautara and a person with critical injuries has been sent to Kathmandu for treatment.

security personnel including those from Nepal Army have started the rescue works at the site. A search has been mounted for those people buried by landslide.

Chief of the District Coordination Committee Sindhupalchok, Krishna Gopal Tamang, who is at the landslide-hit site, said all those gone missing in the landslide are from the Dong community.