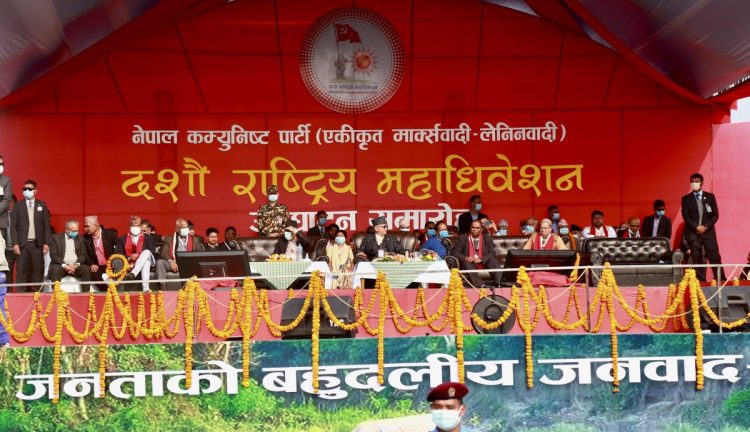 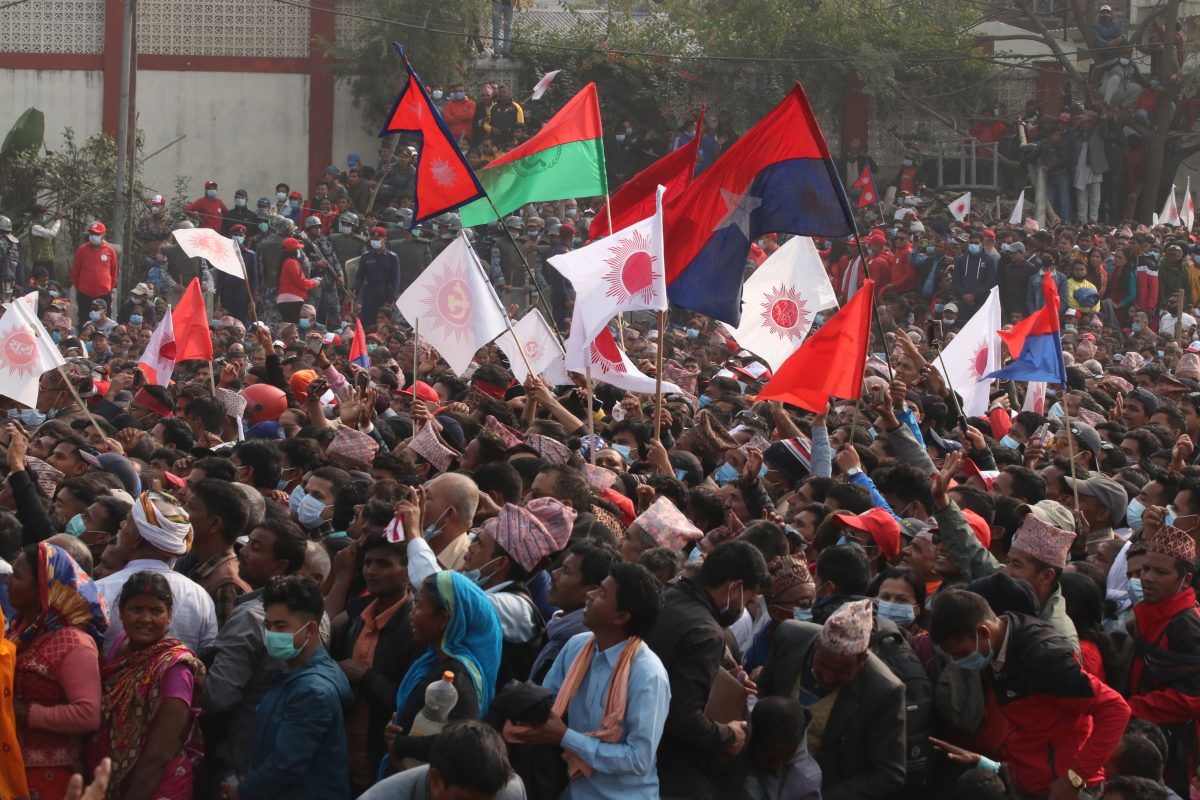 The programme was started from the dome-shaped stage set up on the bank of the Narayani River. A cultural programme was staged and a rally with tableaus was taken out in the road before the inauguration.

The UML leaders and cadres including the National Congress delegates and observers are watching the event live on the display boards kept at various places as there was no sufficient space to accommodate them all at the programme venue at the river bank.

The programme is being broadcast live by the media and the social sites. Narayangadh and Bharatpur area has been decorated with banners, the party flag and the UML’s election symbol, the Sun. The inaugural session is taking place at Narayangadh while the party’s other meetings and sessions are being held in nearby Bharatpur.

Similarly, attractive welcome gates have been erected at 50 places. Five thousand volunteers have been mobilized at the programme venue and outside for making the inauguration session systematic.

Party’s publicity department chief Yogesh Bhattarai said more than 500 thousand party leaders and cadres from across the country would participate in the inauguration programme.

Vehicle parking lots have been constructed at 13 locations as a large number of people are expected to turn up for the event. Two thousand one hundred and seventy five representatives and 103 observers are attending the 10th National Congress.

They represent the different provinces, party affiliated people’s organizations, the party’s departments and liaison committees as well as the party’s committees abroad. According to Bhattarai, five percent (106) of the representatives are nominated. Among them 209 are from the Dalit and oppressed classes while 627 are women.

The closed session of the Congress is taking place in Sauraha. The 10th National Congress of the CPN (UML), the main opposition party in parliament, will conclude in the presence of the party representatives and media persons on November 29 by issuing the Chitwan Declaration.

The expenditure for organizing the Congress is Rs 75 million which was collected from the party leaders and cadres, Bhattarai said.