UML National Congress: Possibility of consensus on posts other than chairperson

UML National Congress: Possibility of consensus on posts other than chairperson 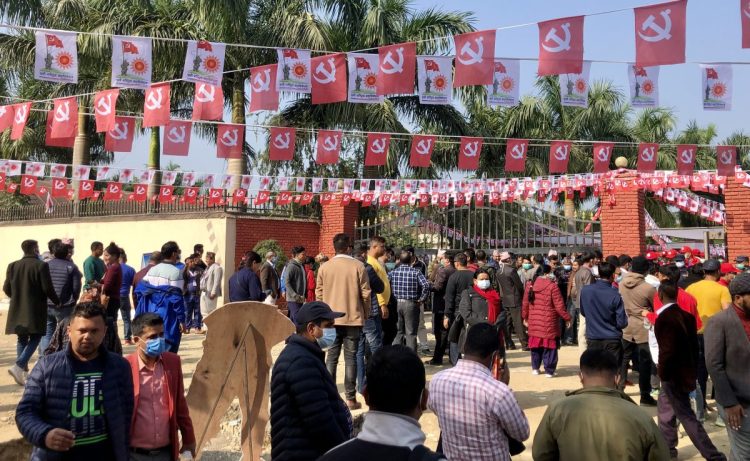 Chitwan: The 10th National Congress of the CPN (UML) is likely to forge a consensus on all elected posts besides the post of chairperson.

While efforts are being made to select a new leadership by consensus, an informal initiative is being taken among the top leaders to prevent election for the post of chairperson as well.

The closed session has given the right to submit the list of candidates for consensus for all the posts to Chair KP Sharma Oli.

Meanwhile, Party Vice-Chair Dr Bhim Rawal has said that he will not back down from his candidature for the post of party president following the principle of multi-party democracy of the people.

UML central member Surya Thapa shared that various efforts were being made to reach consensus on all the posts. Even if there is no election for the Central Committee members, they will be represented from open and inclusive constituencies.