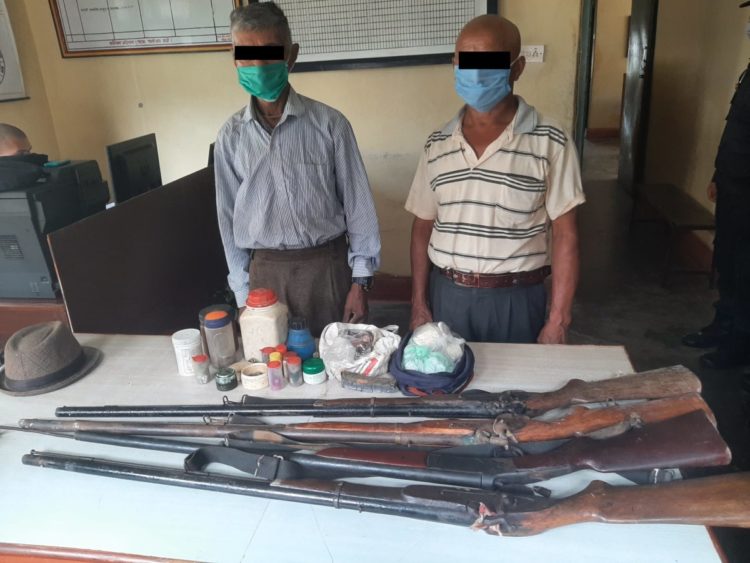 Syangja, Sept.14:  Police in Syangja have arrested two men on the charge of possessing illegal guns.

They were arrested with 3 bharuwa guns , one unit of 12 bore gun and other raw materials from their houses during a raid.

Acting on a tip-off, police arrested them and have taken permission from District Court Syangja to investigate them under custody.