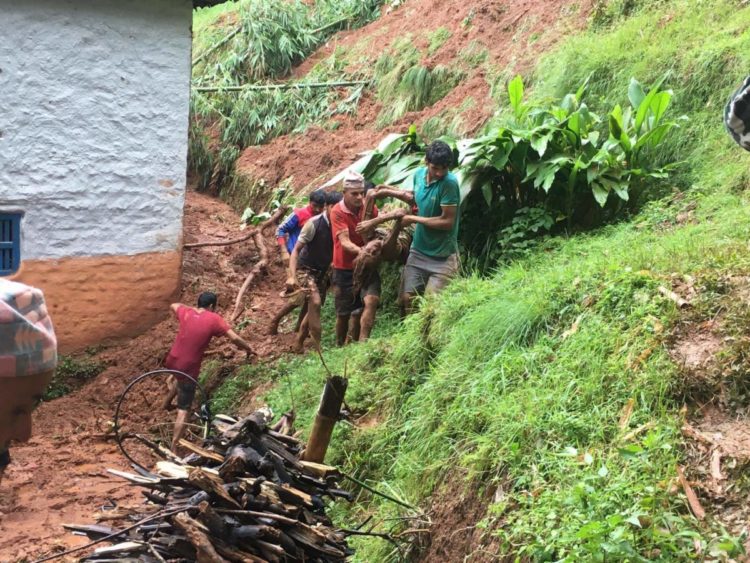 Baglung, Sept.13: Two women have died after they were buried by landslide this morning in Baglung district.

Dead body of Laxmi Devi Upadhyaya (65) of Jaimini municipality-1 was found in the morning while Jalpa Devi Poudel (75) of Jaimini-5 was missing.

Later on, body of Jalpa Devi was found. According to the spokesperson of District Police Office, Hem Kc, six people have been injured in the incident. (Inputs from: Rajesh Chandra Raj Bhandari and Sadhan Ramjali)