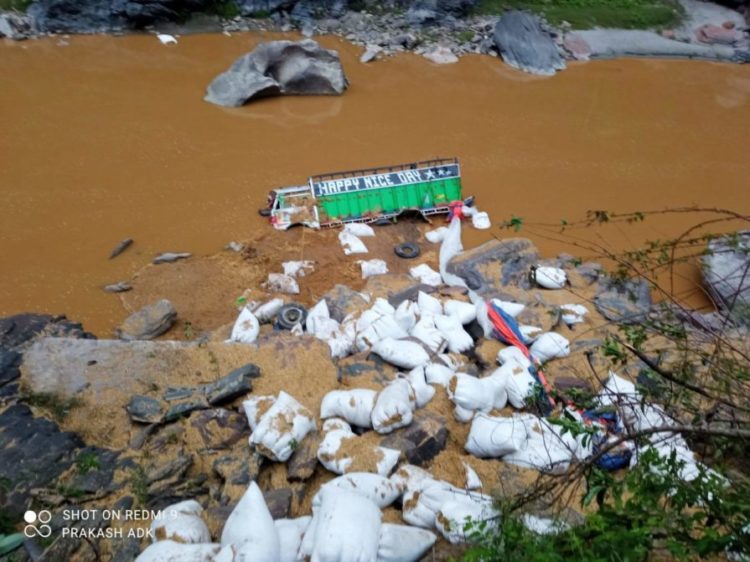 Tanahu, May 11: Two people have died on the spot when a truck fell into the Marshyangdi River. The deceased have been identified as driver, Jai Kandel, 37, of Baglung Galkot-8 and Min Bahadur Kandel, 35, co-driver, said Gandaki Superintendent of Police Binod Silwal.

The truck (Na 3 Kha 9973) heading towards Aanbukhaireni of Tanahu from Muglin of Chitwan had fallen into the Marshyangdi River at Aanbukhaireni Rural Municiplaity-4 Aina Pahara. Although the incident took place at night, the police was informed only on Tuesday morning.

The truck was heading towards Pokhara loaded with husk. According to Superintendent of Police Silwal, the body has been kept at Damauli Hospital for autopsy.