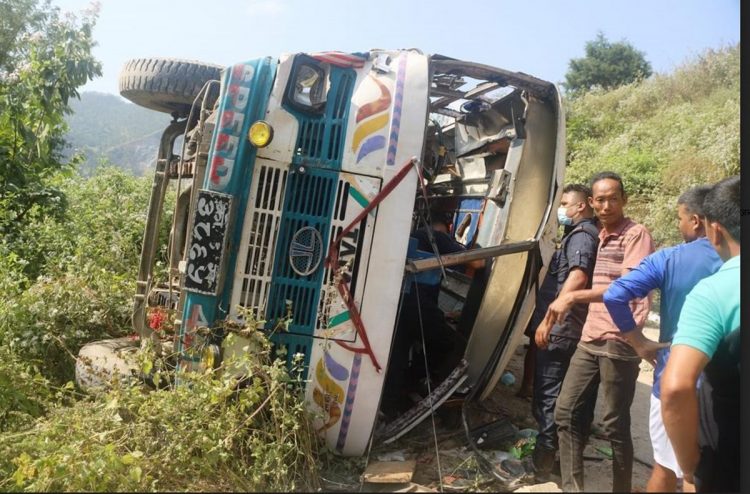 Phidim: Two among the 62 people who were injured in the bus accident occurred today at Sarkhande of Phidim municipality-4 in Panchthar have died.

The dead include a child and a woman and identities of them are yet to be ascertained. They were taken to the Samarpit Hospital and doctors involved in their treatment pronounced them dead a while ago, said hospital public relations officer Ganesh Rijal.

Others 62 have been injured in the accident and of them, 15 are children. Among the injured, four have been sent to Jhapa and remaining arebeing treated at the Samarpit and the Pathibhara Hospitals.

Until the filing of this report, preparations were underway to refer 10 to other health facilities. Three have already returned home from general treatment at the Samarpit Hospital.

The bus (Ko 1 Kha 3865) en route to Jhapa from Shivadobhan of Phidim-4 fell some 20 metres down from the road at around 11:30am today. It is said the accident happened as the bus was trying to overtake another vehicle.