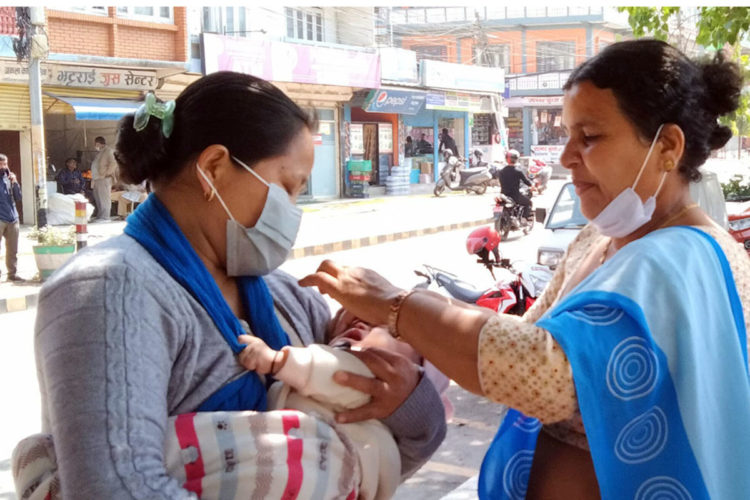 Kathmandu, April 19 : The government has launched a two-day nationwide programme to administer Vitamin ‘A’ supplements and de-worming tablets.

Under the campaign that will run today and tomorrow (Tuesday), 2.7 million children between six months to five years and over 2.3 million children between one year to five years across the country will be administered vitamin A supplements and de-worming tablets respectively, said Kedar Parajuli, chief of the nutrition section under the Family Welfare Division, the Department of Health Services.

The campaign will launch at 52,000 centers across the country and 52,000 female health volunteers have been mobilised.

He said the child mortality decreased by 30 per cent while feeding Vitamin ‘A’. Vitamin ‘A’ is given to children to prevent malnutrition and night blindness.

Likewise, Balvita (micronutrient supplement) will also be distributed to the children from six months to two years from today. The Balvita distribution was started from 2015. It is given to children of the designated age group in 46 districts of the country.