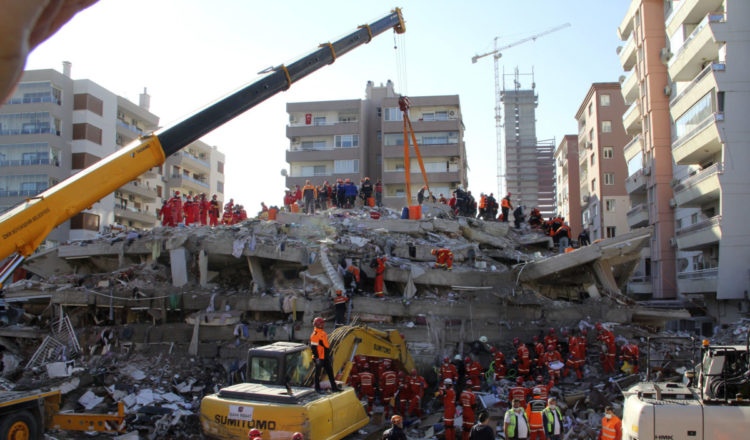 Ankara, Oct.31: A search and rescue operation is underway in Izmir city after an earthquake with a magnitude of 7 on Richter Scale hit the Aegean Sea, causing massive loss of life and property.

As per Turkey’s Disaster and Emergency Management Presidency, the death toll stands at 17 so far, with 709 injured. According to Turkey’s media reports, as many as 196 aftershocks were felt with 23 hitting over magnitude 4 following the major earthquake in Izmir.

Earlier today, in a televised speech, Turkish President Recep Tayyip Erdogan said search and rescue operations are continuing in the ruins of 17 buildings.

This comes after an earthquake hit the Aegean Sea off Turkey’s western province of Izmir at around 1150 GMT at a depth of 16.54 km, and the epicentre was 17.26 km off the Seferihisar district.

“Erdogan and Mitsotakis exchanged wishes for a speedy recovery,” the presidency announced in a written statement. (ANI)