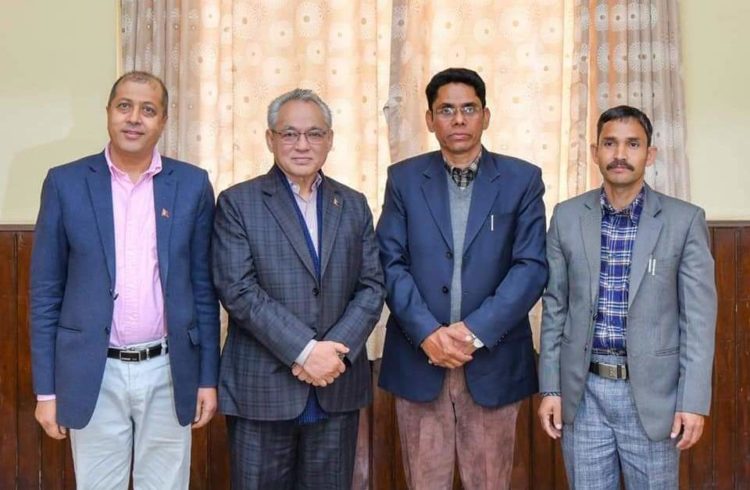 Kathmandu, March 4 : A three-point agreement has been reached between the Government of Nepal and the Netra Bikram Chand (Biplav) outfit to resolve all political issues through dialogue. 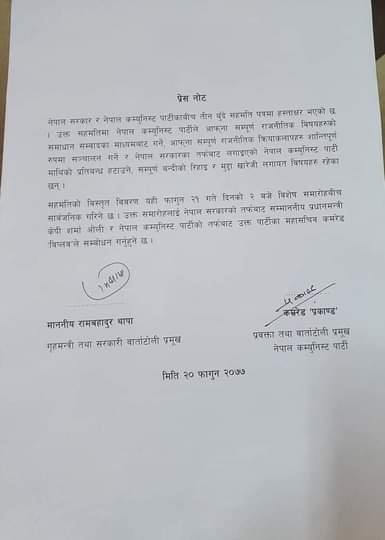 With the agreement, all activities of the Chand group will be conducted peacefully and the government’s ban on its activities has been lifted. The statement added that the government of Nepal would lift the ban on the group, release all detainees and dismiss the case.

The details of the agreement will be made public in a special ceremony on Friday at 2 pm. The ceremony is scheduled to be addressed by Prime Minister KP Sharma Oli and General Secretary Chand on behalf of the Chand Group.

Earlier on Wednesday, the dialogue team had a phased dialogue at the Prime Minister’s residence in Baluwatar. On behalf of the government, Home Minister Thapa and on behalf of the Chand group, a separate dialogue committee convened by Bishwakarma was made public on Tuesday.