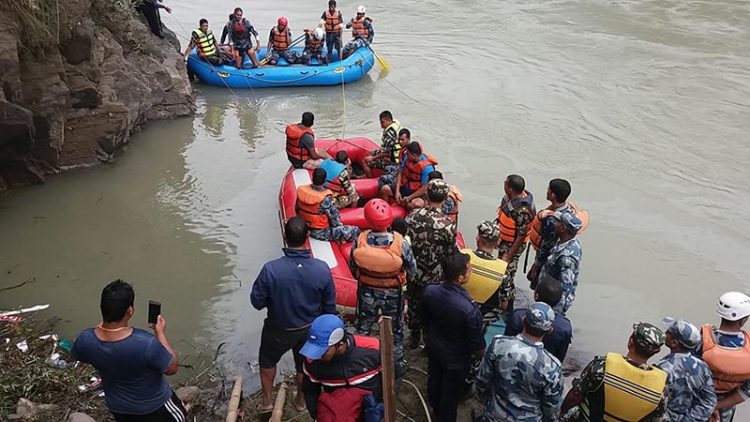 Three of the five people, who died after a passenger bus heading towards Kathmandu from Kakarvitta of Jhapa met with an accident and fell into the Trishuli river this morning, have been identified. Of them four died on the spot while one died on the way to hospital, police said.
The deceased have been identified as Sita Thapaliya,35, of Chandragiri municipality, Bishal Giri, 20, of Kanyam, Ilam and 51-year-old Raj Kumar Subedi of Thankot, Kathmandu, according to Chief of the District Traffic Office, Gajuri Hem Raj Ghimire. Twenty-nine other passengers were injured in the accident that took place involving the passenger bus with registration number Na. 7 Kha. 4387.
The bus fell off the road into the river at Banchetar in ward no. 6 of Gajuri rural municipality. Locals joined by Nepal Army, Nepal Police, and Armed Police Force carried out the rescue work. The reason behind the accident is not yet known.

How is a Participatory Planning Process conducted?