Three arrested on charge of slaughtering cow in Syangja

Three arrested on charge of slaughtering cow in Syangja 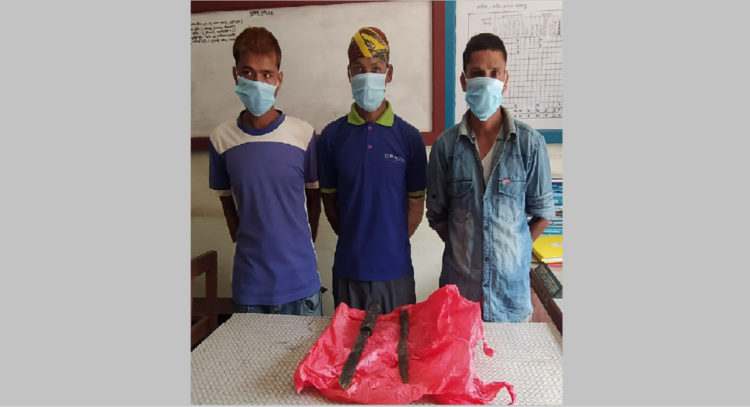 Syangja, Oct.1: The police have made public three persons accused of slaughtering cow, the national animal of the country amid a press conference here on Thursday.

The police, acting on a tip off, recently arrested the three accused from Galyang municipality-9 in Syangja district. Slaughtering the national animal is punishable by the country’s laws.

The arrestees have been identified as Narayan Bhusal, Doluram Nepali and Ram Bahadur Karki, all of the municipality.

They on Sunday slaughtered and consumed a cow and its remains were buried in a land at Jaubari according to police investigations, said Deputy Superintendent of Police Rajendra Prasad Adhikari.