This is the dengue mosquito found in ward no.10, 715 infected in Kaski.

This is the dengue mosquito found in ward no.10, 715 infected in Kaski. 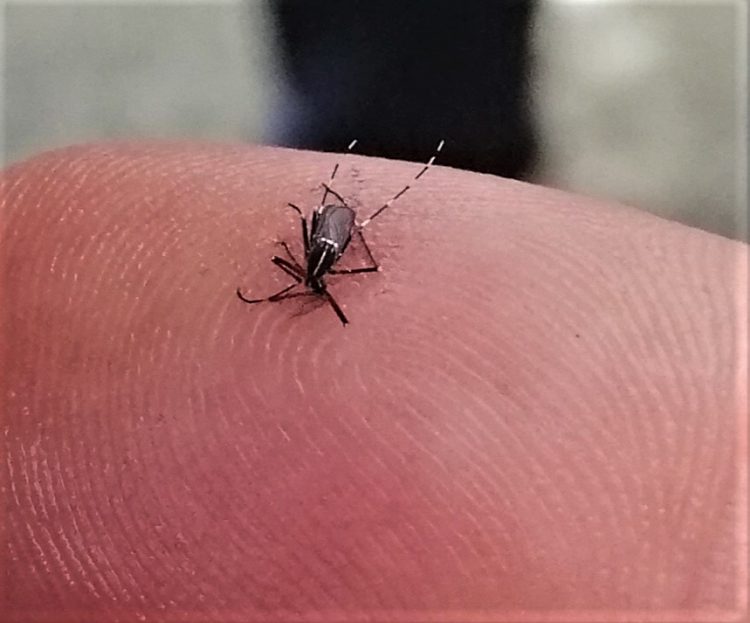 Pokhara, Sept.9 : This is the photo of female Aedes Aegypti mosquito found in ward no.10 during the search and destroy campaign launched against the dengue mosquito by health department of Pokhara  metrocity. Aedes aegypti is a small, dark coloured mosquito that has white lyre-shaped markings and banded legs. The mosquito usually bites people indoors and lays eggs during the daytime in water that contains organic material like leaves, algae etc. Till now 715 people have been affected by dengue in Gandaki state. It has been spread to 62 district and 6 people have lost their lives. Following are the 2 photos taken during the search and destroy campaign. Photo courtesy:  Pratigya Poudel