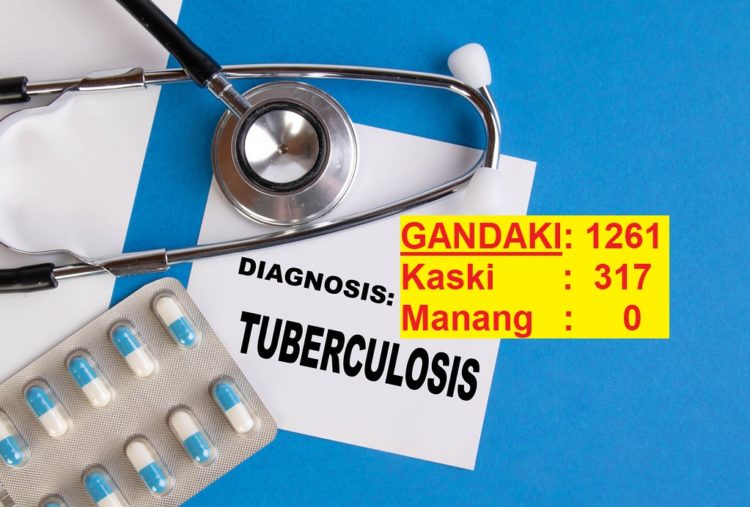 Pokhara, March 24: In last 8 months total 1,261  tuberculosis (TB) patients have been found in Gandaki state. In comparison to the last fiscal year, the number is less as on fiscal year 2075/20276 (2018 AD) total 2,260 TB patients were found in the state. Though the data shows the good news for the state but  among the 11 districts, Kaski  has highest numbers of TB patient (317) while Manang has nil.

Prior to the world TB day, Social development ministry had held press conference on Monday to share the data. “Every year 42,000 new patients of TB is found in Nepal and everyday 15 victims dies”- says Laxman Basyaula  of the Health directorate.  TB is  a disease caused by bacteria called mycobacterium which usually attacks lungs andt is spread through  air when a person with TB coughs or sneezes.