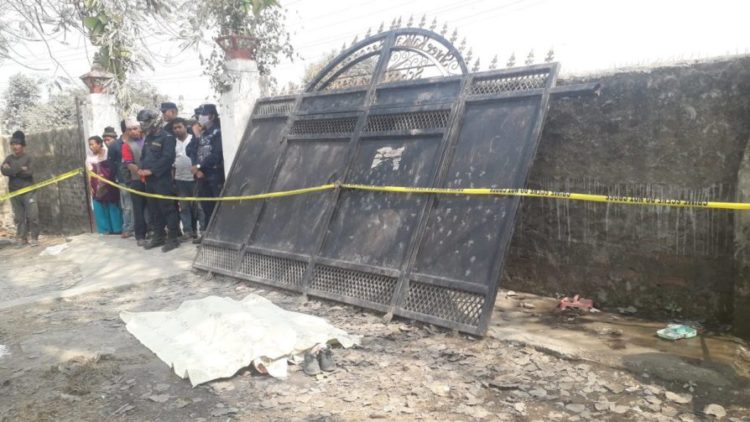 Ram Kumar, Shrestha, Nawalpur, Feb 23 : An eight year old girl died on the spot and 10 year old boy sustained injuries  when the main gate of Kalika Secondary School in Kawasoti Municipality-5 of Nawalpur fell on them.

The girl died on the spot. The incident took place while the school was preparing for its anniversary. The school’s annual festival has been stopped after her death.  Meanwhile a Bismat Dhakal, a class 4 student was injured in the same incident.

The relatives of the deceased had expressed dissatisfaction with the school saying that the incident took place when the 7-year-old gate was not repaired and she was not taken to the hospital for treatment/.