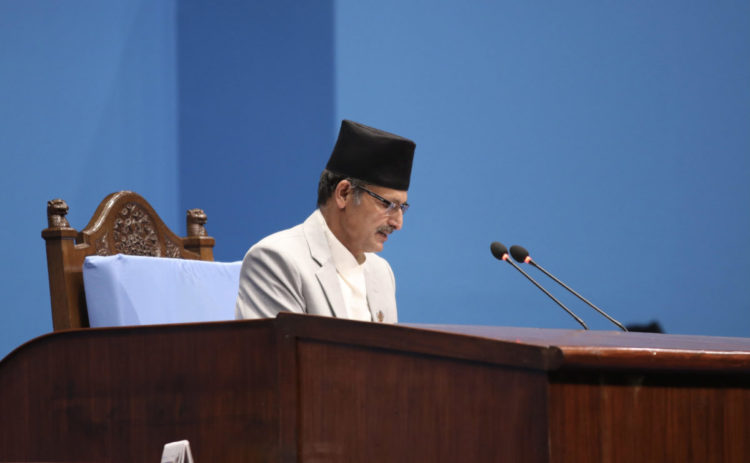 Sindhuplahowk, April 23 : Speaker of the House of Representatives Agni Prasad Sapkota has pointed out the need of positive role of political parties at present situation.

On a different note, the Speaker viewed that it was his responsibility to ensure protection to the people displaced from the landslides occurred at Bahrabise, Lidi and Nakbuche in the district. Such crisis should be tackled in a concerted and planned manner, he added.

Also speaking on the occasion was newly elected chairperson of FNJ district chapter Jiban Shrestha. He said the new committee under his leadership would work for rights of working journalists in the district.