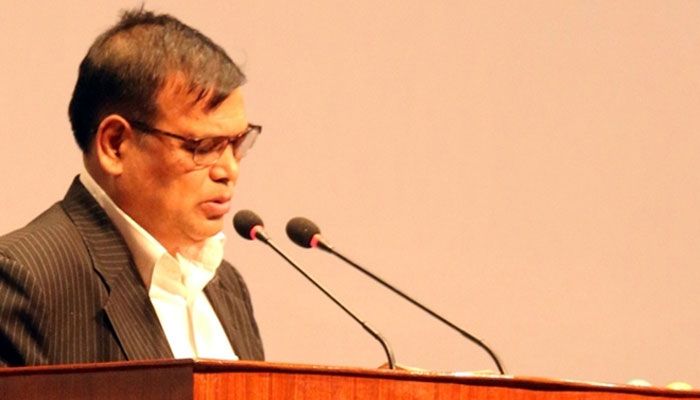 A Secretariat meeting of the major ruling party Nepal Communist Party (NCP) has advised Speaker of the House of Representatives, Krishna Bahadur Mahara, to resign from the post, citing that a question was raised in regard with his morality. The meeting concluded recently at the Prime Minister’s official residence reached to a conclusion that it would be better for Mahara to resign from the post of Speaker and the Member of Parliament and assist in the investigation process, NCP Spokesperson Narayan Kaji Shrestha said. The party took the decision to this regard, expressing its serious concern over news reports questioning the Speaker’s moral conduct. The Speaker has been accused of abusing a woman.

15 injured in scuffle over land issue in Saptari

APF arrests man in illegal possession of drugs in Bara

Biz. bodies of Pokhara warned govt. to defy lockdown if it is not relaxed