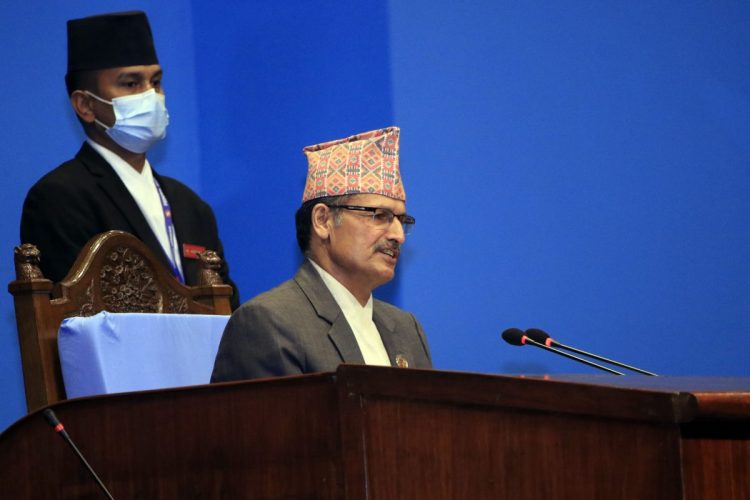 Kathmandu: Speaker Agni Prasad Sapkota has called an all-party meeting tomorrow for proceeding ahead the parliament’s duties and functions in an effective way.

The all-party meeting has been convened for 2.30 pm on Monday at the Lhotse Hall of the Federal Parliament Building, Naya Baneshwor, Speaker Sapkota’s media expert Shreedhar Neupane said.
The top leaders of all the political parties representing in the Federal Parliament have been urged to attend the meeting.

The Speaker held discussions with today with UML Chief Whip Bishal Bhattarai, Whip Shanta Chaudhary and MP Khaga Raj Adhikari regarding resumption of the parliament’s business. However, the meeting was inconclusive.

Although the meeting of the House of Representatives, the Lower House of the Federal Parliament, started after being suspended for 15 minutes, it could not proceed due to the obstruction by the UML MPs.

The meeting has been postponed till September 14. The UML has been obstructing the House saying the MPs elected from UML ticket against whom it had recommended action have been allowed to attend the House meetings.