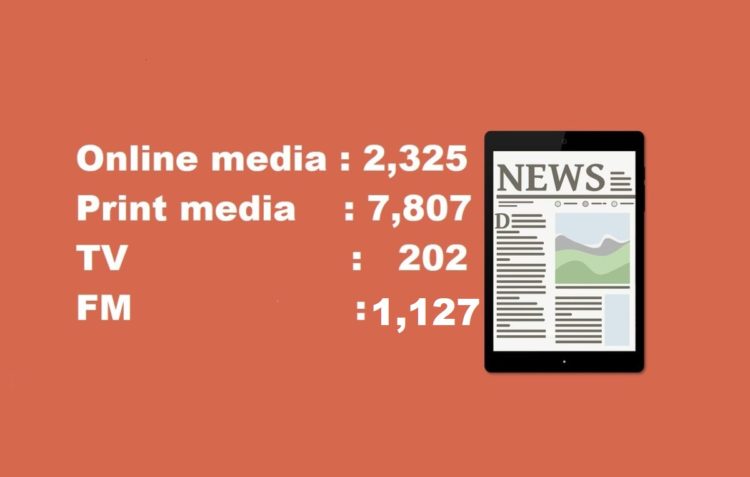 Kathmandu, Feb 18: Recently, the number of online media has been increasing. According to the Department of Information and Broadcasting, 478 new online registrations have been made in the current fiscal year (July 2020 to February 2021).

President of the Federation of Nepali Journalists, Govinda Acharya, said that it was important to become professional and credible as online journalism had developed into mainstream journalism in recent times.

He said, “Now online journalism has become mainstream journalism but its number has increased but the quality has not increased. Not all of them but some online media outlets have published news contrary to the code of ethics. It should be regulated by following the code of conduct.”

So far 7,807 print media (news paper and magazine) have been registered including daily, weekly, fortnightly, monthly, bi-monthly, quarterly and annually. According to the Department of Broadcasting, 1,127 FM radios and 202 television channels have so far received licenses.