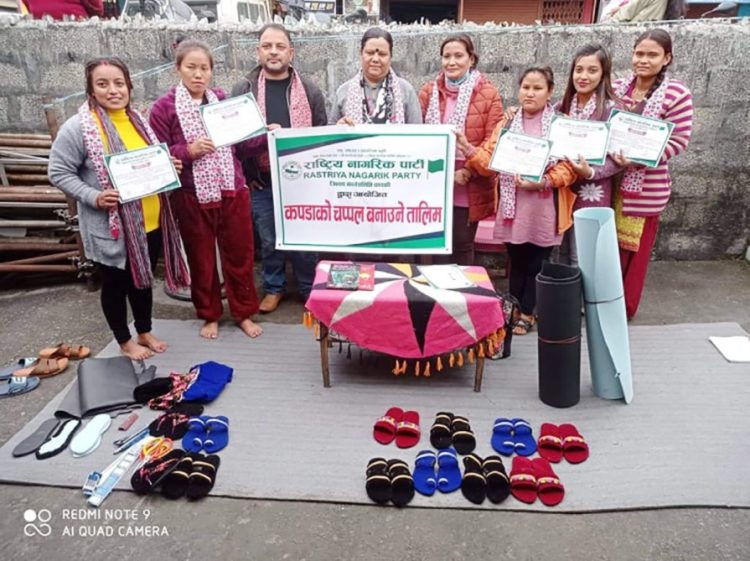 Pokhara: Rastriya Nagarik Party Kaski has provided training to women to make them self-reliant and self-reliant by imparting professional skills.

The party has trained them to make slippers from cloth. Distributing certificates to the participants of the four-day training, the party’s joint general secretary Sagar Karki urged them to put into practice the skills learned in the training.

Stating that the role of women is important in economic, social and political change, he called upon all women to unite in the campaign for development of the country. More than a dozen women participated in the training which was facilitated by Sadhana Shrestha, the facilitator of the training.

Pooja Darji and Sadhana Shrestha also participated in the program. The program was chaired by Kaski chairperson Sirjana Devi Rijal Karki and conducted by Savitri Karki.