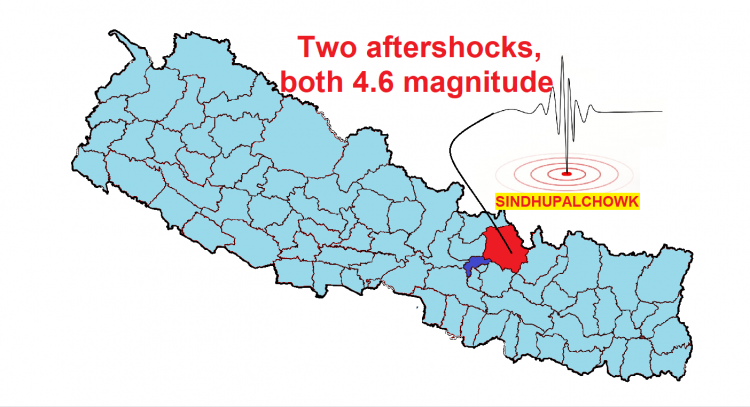 Sindhupalchowk: Two aftershocks of the Gorkha earthquake were recorded in Sindhupalchowk today. The first quake measuring 4.6 on the Richter scale was felt at 1:46 pm followed by the next of the same scale at 1.56 pm.

National Earthquake Monitoring and Research Centre’s senior seismologist Lok Bijay Adhikari confirmed the occurrences of two aftershocks of 2015 Gorkha earthquake with the epicenter at Pangphung of the district this afternoon.

Earlier on Sunday, Gorkha reported the aftershock of 4.3 Richter scale. —