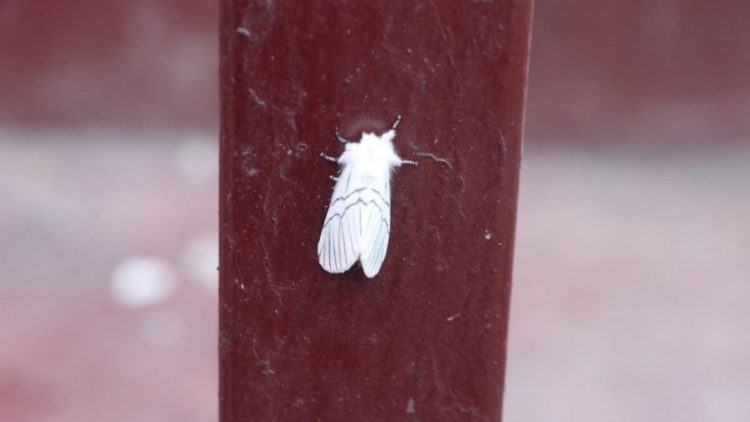 Sunil Sapkota, Pokhara:  Seasonal hyperacute panuveitis (SHAPU) is an eye disease which was reported for the first time in Pokhara in 1975. SHAPU is serious eye infection caused by the white moth. According to Dr. Hari Maya Gurung of Himalayan Eye Hospital, Pokhara, 20 patients  have come into contact with doctors. Of them, 3 were referred to Kathmandu based Dhulikhel Hospital.

She said, ‘In the past, the Shapu was seen in gap of one year, but this year it has been seen continuously.’ If left untreated within 24 to 48 hours, there is a risk of losing the eyes sight. ‘During the treatment of the patient, they are taken to the operating room, pus filled with eye is removed and injection is given to dry the eye.’- she added. The extracted pus has been collected for special testing as it may contain bacteria or viruses. Surprisingly Shapu’s infection does not occur in both eyes at once, she said.

SHAPU can spread from the white moth which has thick hair on the body, horizontally on the head and vertical black stripes on the wings.

According to Dr. Indraman Maharjan, the disease have been seen even in adults who can take precautionary measures. So far no one has lost eye sight. In urban areas, moths are seen fluttering in the street lights. The dust in the body of any moths affects the eyes. In complex operations, the inner part of the eye is completely cleaned. Five people have been treated by injecting medicine inside the eye socket. Others have been treated by injecting it into pupil.

According to the doctor, the disease can be spread from the moth which has thick hair on the body, horizontally on the head and vertical black stripes on the wings. The butterfly of this species is usually found hovering around lights and windows and clinging to clothes.

This moths, which is usually seen from July to September, is different from others. According to the insect expert, the female moth of Gazalina species is infected with the disease. Gurung mentioned. Pedestrians and two-wheelers on the road may be at risk of the disease as the moths hanging on the street lights in urban areas at night are dead in the morning and are crushed by wheels of vehicles. The dust of the moths is mixed into the air which easily enters into the eyes of pedestrians.