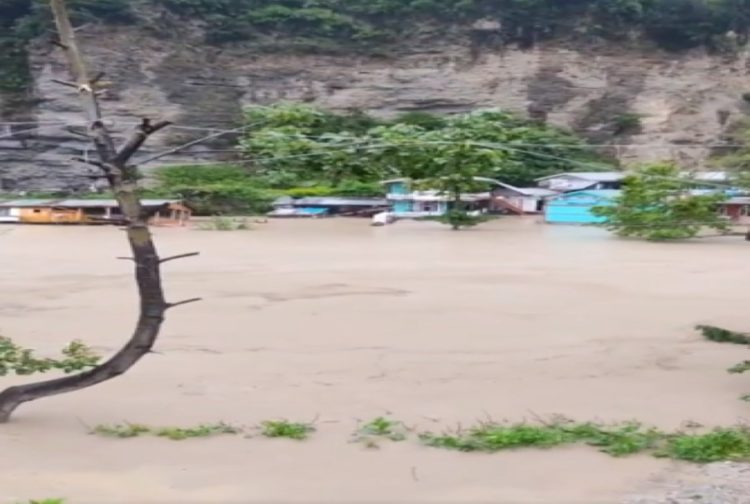 Manang: People’s life in Manang has been disrupted due to flood and heavy downpour. Three houses and one government office have been swept away in the district headquarters while more than half a dozen houses have been flooded.

Similarly, 2 houses in Naso village and 1 house in Dharapani have been flooded. The district’s entry point, Taal Bazaar, has been completely displaced.

According to Manang Chief District Officer Bishnu Prasad Lamichhane, the District Post Office, three private houses and the main bridge of Chame Bazaar have been flooded in Chame.

The Marsyangdi River was also blocked for some time due to the floods in Ghatkhola and Syarku rivers in the district headquarters Chame on Monday.