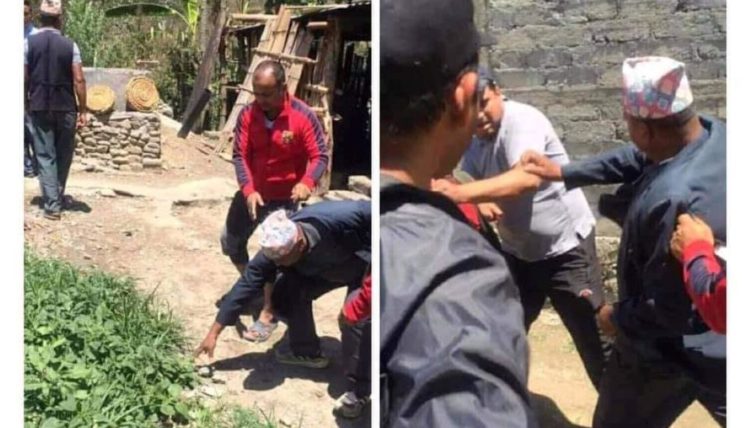 The photo and video of the client being beaten is now viral on social media. Ward Chairman Shrestha has responded that he protested after being beaten up by service seeker.

Khanal,  had gone to seek the recommendation letter to transfer property as his aunt had passed away. When Khanal went to get the letter at the place where Shrestha was for monitoring, the ward chairman refused to give the recommendation saying that there is a house of helpless woman on the claimed land.

Khanal said that although he was ready to discuss the issue, the ward chairman refused to provide letter. Ward Chairman Shrestha claimed that he was stoned for not giving letter.

“I just defended myself after being stoned for not giving a recommendation letter.”-Shrestha said. Meanwhile Khanal has lodged a complaint at the Area Police Office Bhimad demanding action against the ward chairman.