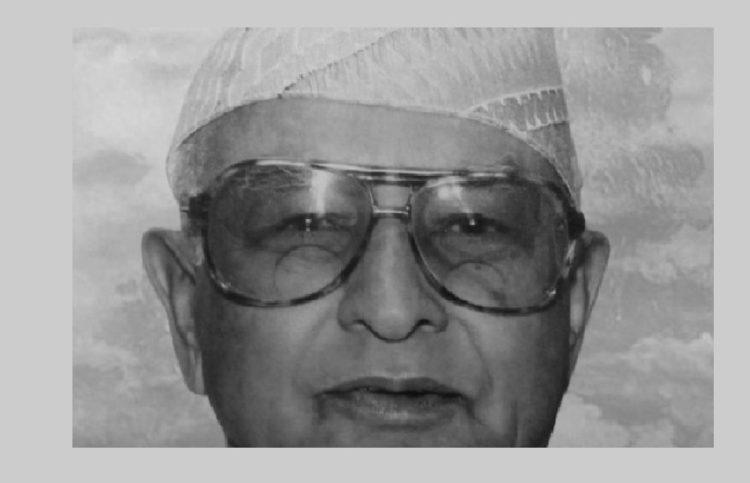 Kathmandu, Sept.23 : Senior politician and litterateur Yagya Prasad Acharya has passed away. He was 87. He died on Tuesday at Norvic Hospital.

Acharya was undergoing treatment for heart and kidney problem at Norvic Hospital for the past three weeks, and was lately suffering from lung problem, said the family source.

His last rites were performed at Pashupati Aryaghat on Tuesday itself. Acharya is survived by his spouse, four sons and a daughter.

He had played leadership role as a Satyagrahi commander for Tehrathum of the then Dhankuta district in a movement against the Rana oligarchy.

He served as the Nepali Congress district secretary in 2006 BS and went on to become the district secretary of Nepal Communist Party later in 2010 BS. He was later active in politics during the party-less Panchayat political system after 2019 BS.

Acharya stayed away from party politics after the restoration of multi-party system in 2046 BS and rather chose to independently support the nationalist movement.

Acharya had played significant role in the formation of the Akhil Bharat Nepali Vidhyarthi Federation (All India Nepali Student Federation) and Youth Association affiliated to the Communist Party of Nepal in 2012/13 BS.

Also the member of then Raj Parishad (Privy Council of the King) standing committee, Acharya has contributed to the promotion of Nepali language, journalism, social service and literature.

Acharya was elected to the post of mayor of Dharan municipality for three times since 2016 BS. Electricity was distributed in Dharan by establishing Community Power House under his leadership for the first time in Nepal.

Acharya’s three collections of stories, a book on Nepal’s foreign policy and autobiography ‘Je Dekhein, Je Bhogein (What I Saw, What I Experienced)’ have been published.

Acharya is also the first person to pass the matriculation equivalent to the School Leaving Certificate (SLC) and MA degree from Dharan.