Rice planting till end of June at 38 per cent

Rice planting till end of June at 38 per cent 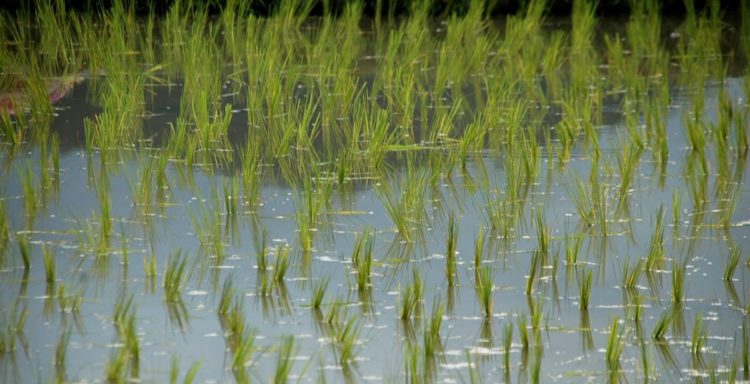 Jhapa, July 3 : Till the end of June, 38 per cent rice transplantation was completed across the country and this was possible due to timely monsoon.

According to the Ministry of Agriculture and Livestock Development, till June 29, paddy cultivation was done in 406,662 hectares of 1,371,706 hectares of land.

As said by Ministry Spokesperson Hari Bahadur KC, this year rice cultivation could kick off on time as monsoon became active on the expected date. Presently, rice transplantation continues to take place.

Only 14.75 per cent rice cultivation had taken place in the country till June 30 last year.

The Ministry data shows that the Sudurpashim State witnesses the highest 49.54 per cent paddy cultivation or transplantation against 25.22 per cent in the past year in the corresponding period.