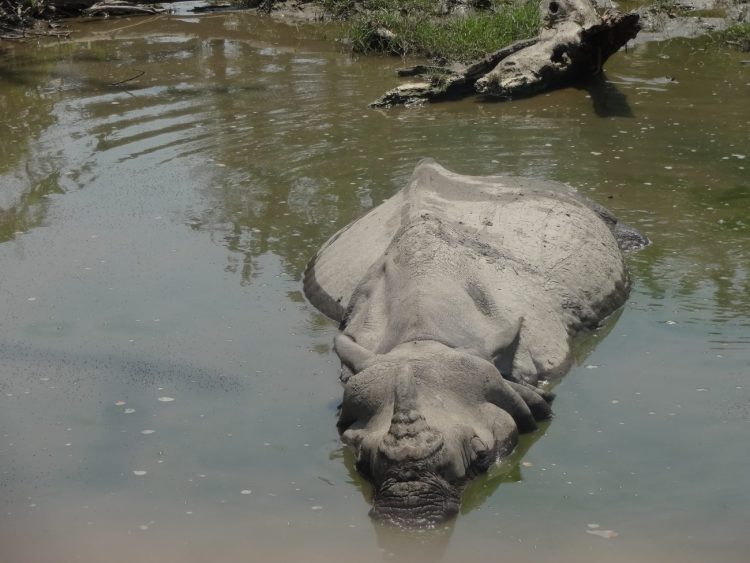 Chitwan. 4 Dec: A dead body of a rhinoceros was found in the Narayani River at Sisuwar of Bharatpur metropolis-26 this morning. According to Chitwan National Park (CNP), the animal has its external body parts intact. The body was retrieved as it was being washed away by the river. The area lies along the CNP buffer zone. CNP security forces took it out of the river. A team of veterinary doctors from the CNP is assigned to find out facts surrounding the rhino death. It might have drowned while attempting to drink water, according to CNP Information Officer Gopal Ghimire. Five rhinoceros have died of natural causes so far in the current fiscal year.  File photo: Suraj/eadarsha