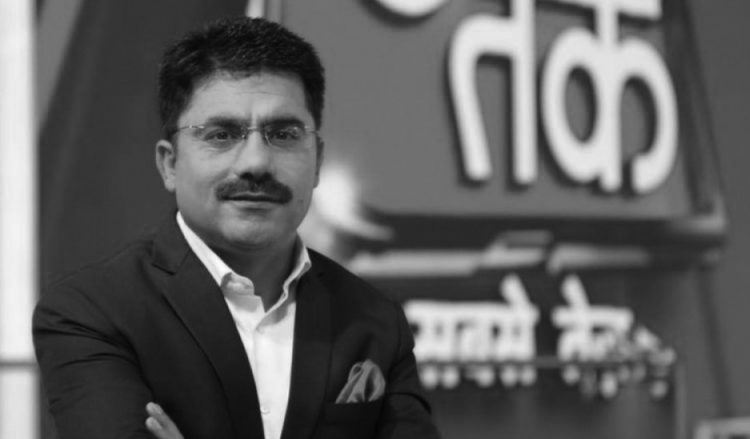 New Delhi, April 30: Popular news anchor of Indian news channel Rohit Sardana (41)  passed away today. He had a heart attack this morning while undergoing treatment at a private hospital.

On April 24, he was tested positive for corona virus and was recovering from it. But after complaining about chest pain, he was rushed to the hospital on Thursday where he died of the heart attack.

Rohit had joined Aajtak news channel in 2017 after leaving Zee news. He hosted the debate show ‘Dangal’ on Aajtak.