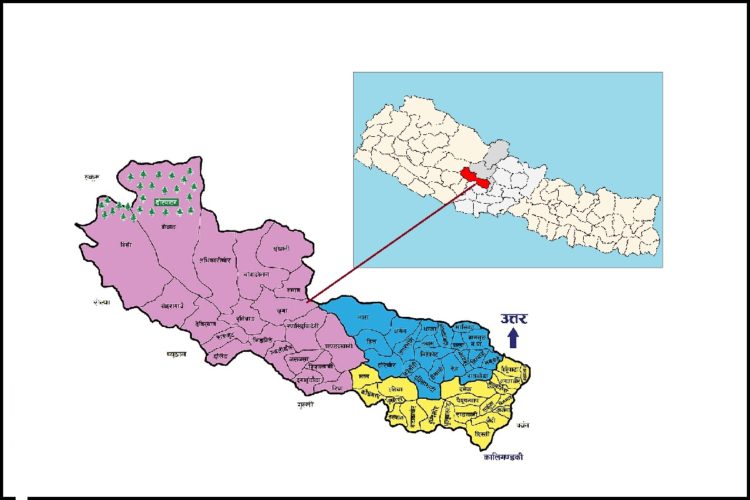 Baglung, April 8: The federal government decision to go for a rapid coronavirus (COVID-19) test in Baglung assessed vulnerable to the infection is yet to be implemented because a technical team said to be sent by the federal government for it did not arrive here till Tuesday evening.

It may be noted that the Ministry of Health and Population on Sunday decided to conduct a rapid coronavirus test in three districts including Baglung and the line Minister said it was sending a technicians’ team to conduct the test, stakeholders said.

The delay in launching the test has obviously posed further risk of virus spread in the district. According to the Dhaulagiri Hospital, Baglung’s medical superintendent Dr Shailendra BK Pokhrel, the hospital is collecting swab samples of the suspected and sending it to either Kathmandu or Pokhara for the lab test.

He said no team meant for the rapid test had arrived till Tuesday evening. But he hoped the team would arrive soon. It is said the two biomedical engineers were arriving here with testing kits.

“When approached, we were told the team would be leaving the central capital Kathmandu only on Wednesday,” said Gandaki State Office chief Suraj Garau. As the Ministry informed, around 1,000 people- around 900 who recently returned home from abroad, and neighbours of two tested positive for the virus- need to undergo the COVID-19 test.

So far, two women here have tested positive for the virus. Both of them returned home from Belgium recently via the Qatar airways. They are receiving treatment under the isolation care at the Dhaulagiri Hospital. They both are said to be out of life threatening condition.