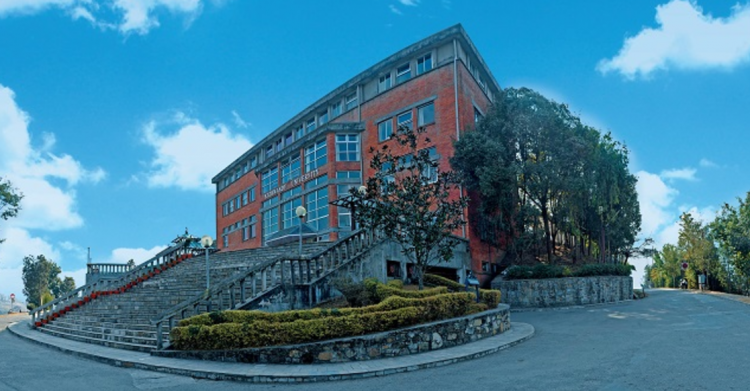 Dhulikhel, Jan 22: Padlock slapped by an agitating side at Dhulikhel-based Kathmandu University is not likely to be lifted. The agitating side has padlocked the dean office, office of examination control, technical training centre, administrative building and other major service points in the KU since January 1 lately.

The agitators resorted to lock up the University’s main buildings noting that their demands have not been met. Agitating KU University Teachers Association and Employees’ Association on January 21 had announced to put off the protest programmes after the KU administration expressed readiness to involve representatives from associations in the special assembly scheduled for January 27 and address their demands in the assembly.

Issuing a joint press relase, the association had noted that they have adjourned the protest programme to create an environment for resolving the problem. However, padlock would not be lifted, said chairperson of employees association Surendra KC. “We will pull out the padlock only after our demands are addressed through the assembly”, he said.

The protesting group however would allow the university administration to take out necessary documents from the office for the assembly purpose, he said. In the press release, the agitating sides said that they were forced to launch struggle to put pressure on the authorities to avert anomalies propping up in KU. “We were resorted to call on protest when the KU administration ignored to implement the agreement to explore resolution”, the agitating sides said.