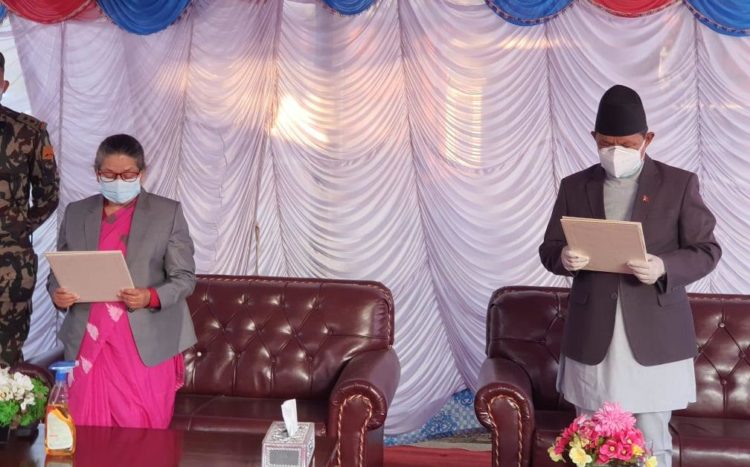 Pokhara, May 12 :Once again Prithvi Subba Gurung from UML party has been appointed as Gandaki Chief Minister.

Province Chief, Sita Kumari Poudel administered the oath of office to him at her residence on Wednesday evening. Currently, strict security arrangements have been made around the residence.

Prithvi Subba Gurung  got the opportunity to form a government in Gandaki despite the claims made by the alliance of Congress.

After Gurung resigned from the post of Chief Minister on May 9, the state chief had given three days to form a majority government.

After taking oath as the Chief Minister, Gurung will have to take a vote of confidence again within a month.