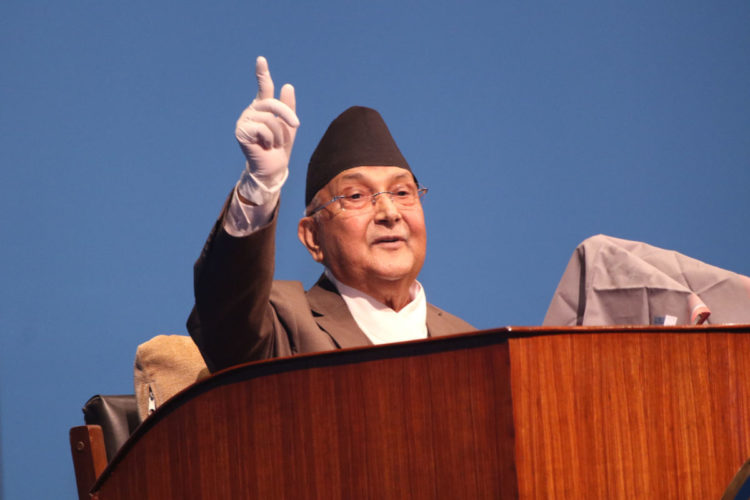 DPM Pokharel, also a secretariat member of the ruling Nepal Communist Party (NCP), argued that the Prime Minister will not resign but will face the parliament.

Speaking at a programme organized by All Nepal National Free Students’ Union (ANNFSU), the student wing of the party here today, DPM Pokharel said that the NCP led by Chairman KP Sharma Oli believes in democracy, thus accepts and respects court’s verdict on dissolution of House of Representatives (HoR).

He also challenged other disgruntled sides and parties to bring no-confidence motion against the Prime Minister in the parliament.

On the occasion, Pokhrel argued that the people were the supreme judges than the justices of the Supreme Court and the party was waiting for people’s mandate in the next elections.

Similarly, Minister for Energy Top Bahadur Rayamajhi said that Chairman Oli-led party was ready to face any kind of challenges.

The ANNFSU coordinator Ain Mahar claimed that the Supreme Court’s verdict was pushing the country towards instability.