Kathmandu, April 16 : The Press Council Nepal, an autonomous and independent media regulatory body set up by the government, has sought a 24-hour clarification from various seven online news portals for disseminating news report about “an agreement between the Research and Analysis Wing (RAW), the foreign intelligence agency of India and Prime Minister KP Sharma Oli”. 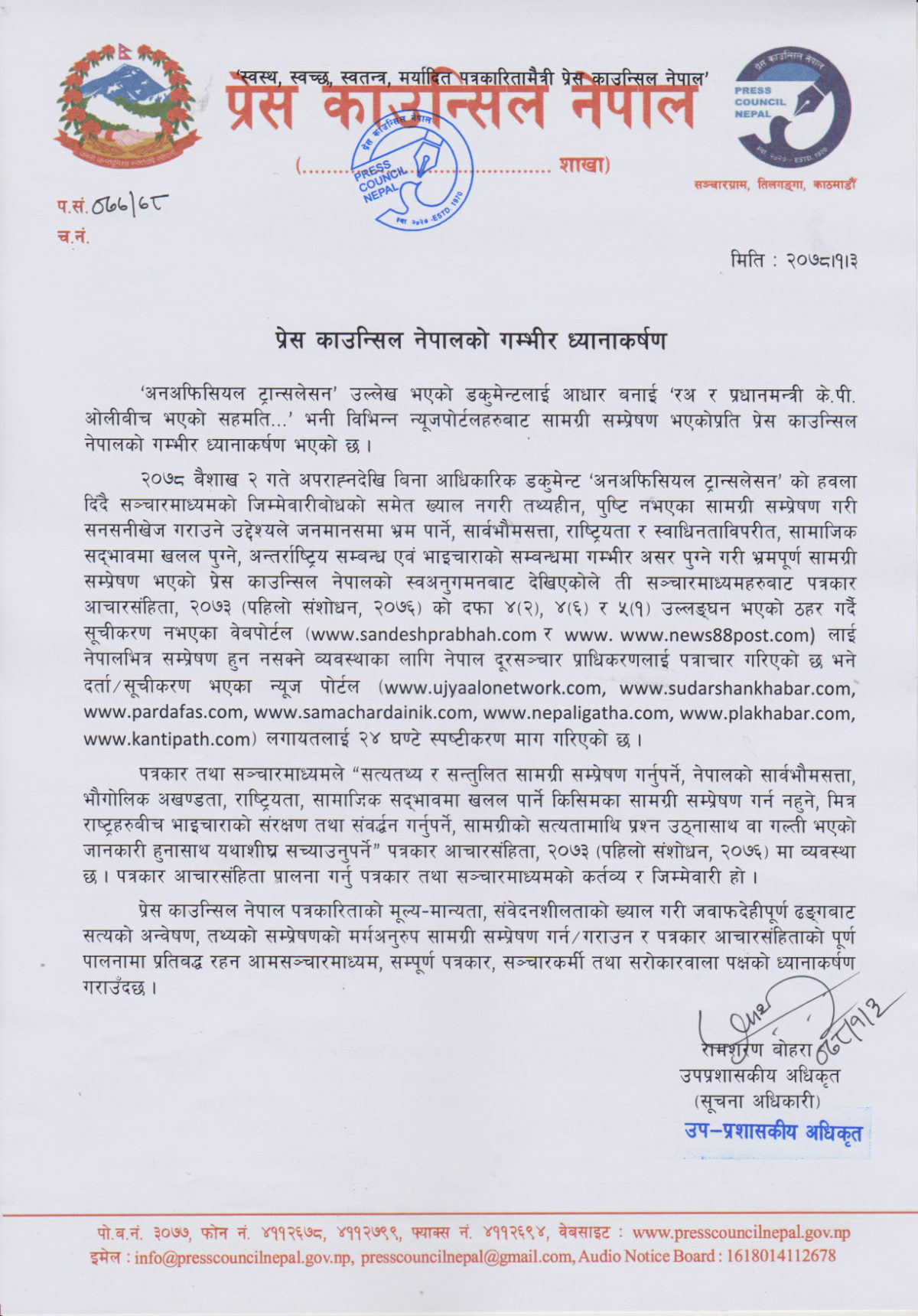 The news portals in question have been accused of disseminating the news about the matter extracted from the source of a document reading ‘unofficial translation’.

The news portals that have been asked to furnish a clarification are Ujyaalo Network, sudarshankhabar.com, pardaphas.com, samachardaily.com, nepaligatha.com, palkhabar.com and kantipath.com. They have been charged with disseminating fake and unconfirmed news reports by flouting journalism ethics.

Likewise, the Council has written to the Nepal Telecommunications Authority to make unregistered sandeshprabaha.com and new88post.com dysfunctional.

“The Council has drawn the attention of all media, journalists and stakeholders to disseminate or have disseminate news reports by following journalism ethics and standards and committing to the journalist code of conduct,” read a statement issued by the Council on Friday.