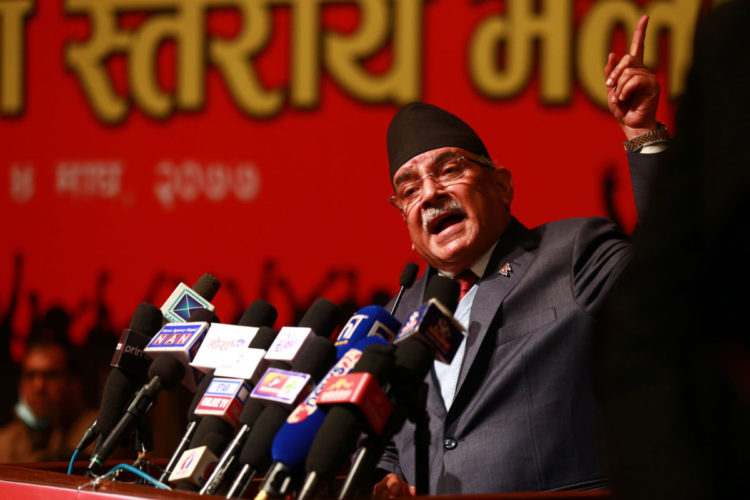 Kathmandu, Jan 17: Chairman of Dahal-Nepal faction of NCP Pushpa Kamal Dahal has admitted that it was his weakness to be liberal on implementation of agreement made with Prime Minister KP Sharma Oli regarding party unity.

Chairman Dahal said it while addressing the Kathmandu Valley-based gathering of ANNFSU on Sunday.
He argued that if a leader with waning support in the party had given up the post, party would not have split.

The dissolution of the House of Representatives (HoR) is a gross attack on constitution, so the youth and students need to wage struggle against further conspiracy, he underscored.

The former Prime Minister viewed that he had trust and hope on court and Election Commission on the HoR and party’s authenticity. Most importantly, he was hopeful of people’s trust, Chairman Dahal added.

On the occasion, former Prime Minister and senior leader Jhalanath Khanal expressed belief that the Supreme Court and Election Commission would take decision based on law and constitution rather than discretion.

NCP standing committee members Bhim Bahadur Rawal and Surendra Pande reminded that students were always in the front in each movement against regression. Time has come for them to be active again, they said.

Another leader Hitman Shakya urged the students and youths to protest the HoR dissolution.