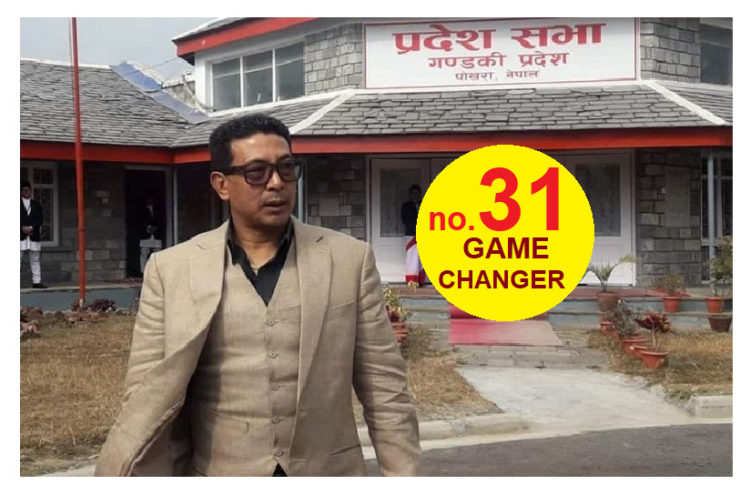 Pokhara, June 10: Rajiv Gurung (Deepak Manange), who was supported by Gandaki Chief Minister Prithvi Subba Gurung to stay in power, has given break up.

He said that even though he became a minister at the request of UML to save the government, he has decided to leave with the ruling party as the government will collapse and the state assembly will be dissolved.

He said that if he could avoid the dissolution of the parliament because of one person, why would he continue to support the government ? Manange did not participate in the cabinet meeting held last evening. The Chief Minister had sent three lawmakers, including Rajiv Pahari, as envoys to have talk with  him.

He said, “I am in favor of not dissolving the parliament. I will support those who come with 31 parliamentarians.”

Chief Minister Gurung is going to take a vote of confidence in the state assembly today. After Manange left, the Chief Minister now has 27 votes. If Krishna Thapa of Janamorcha remains neutral, the required 31 votes for the opposition will be reached with the help of Manage. But there is high possibility that Thapa may vote in support of ruling party.