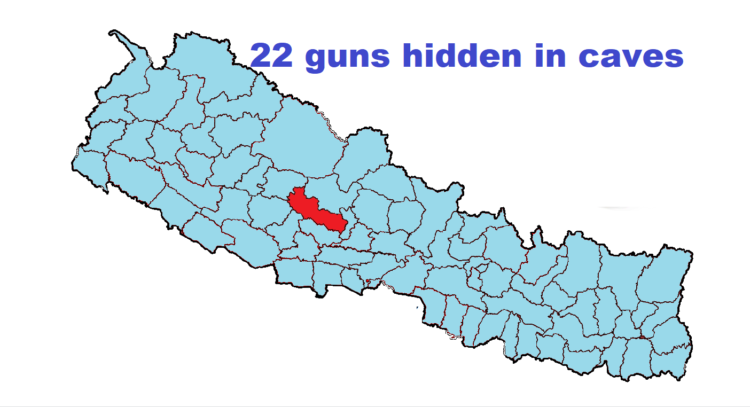 Police have been arresting the locals with loaded guns at different times. So due to the fear of arrest they have been hiding the guns in the caves.