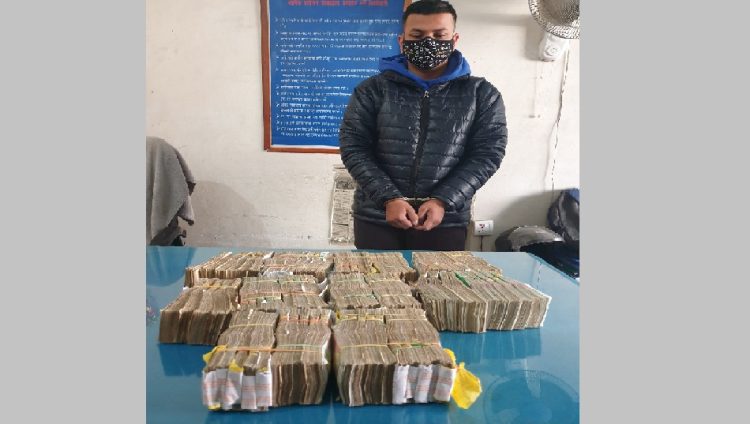 Kathmandu: The Kathmandu police have arrested a person with approximately Rs 7 million, the legal source of which has not been verified.