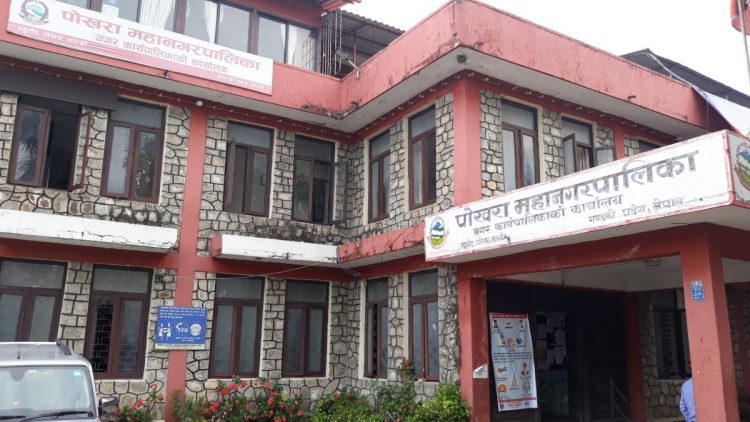 Pokhara: The Pokhara Metropolitan City said its expenditures schedule last fiscal year got affected as COVID-19 pandemic had its implications in the implementation of development projects.

At an annual progress review meeting of the Metropolis organised here today, a report to this end was presented by Finance Section Chief Jayram Poudel.

Last fiscal year, the size of the Pokhara Metropolis’ budget was Rs 5.51 billion and the total expenditure was Rs 3.68 billion. The expenditure of the Education Division makes up the highest contribution (91.37 per cent) to the total spending followed by 45.44 per cent of the Social Development Division.

Similarly, the expenditure towards the infrastructure development was Rs 1.29 billion of the total 2.68 billion (48.1 per cent). As Poudel claimed, the financial status of the local government is strong and none of its projects is likely to face budget constraint this year.

However, Pokhara Metropolis’ revenue collection has failed to meet the expectation. The local government had estimated to collect Rs 260 million from property tax last year, but the collection was limited to just Rs 70 million.

Similarly, the revenue collection from the advertisement and the entertainment sector was nil, and Rs 218 million was collected from the taxes of river-based products like stone, pebble and sand against the target of Rs 350 million.
Metropolis Chief Administrative Officer, Mahesh Baral, informed that the schedule of the implementation of planned projects was hampered by the COVID-19 pandemic.