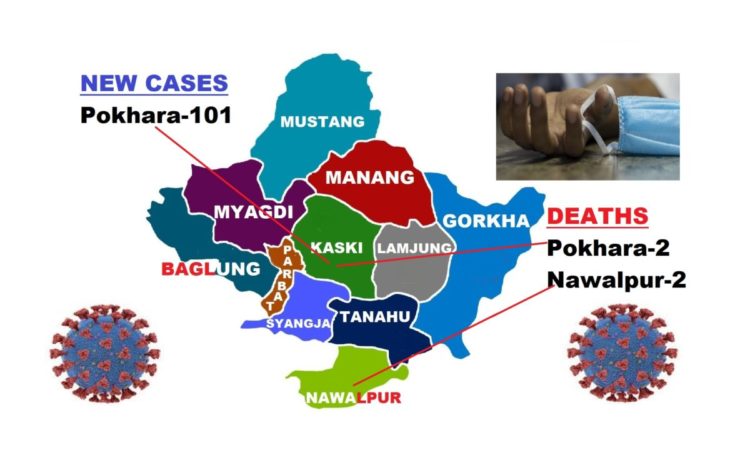 Pokhara, Oct. 26: Two people of Pokhara of Kaski district and two of Nawalpur district have died of COVID-19 in Gandaki State. With them the number of deaths in the Gandaki State has reached 67.

Meanwhile, 101 people from Pokhara Metro City have been tested positive for corona virus. All of them were detected positive on the basis of contact tracing. 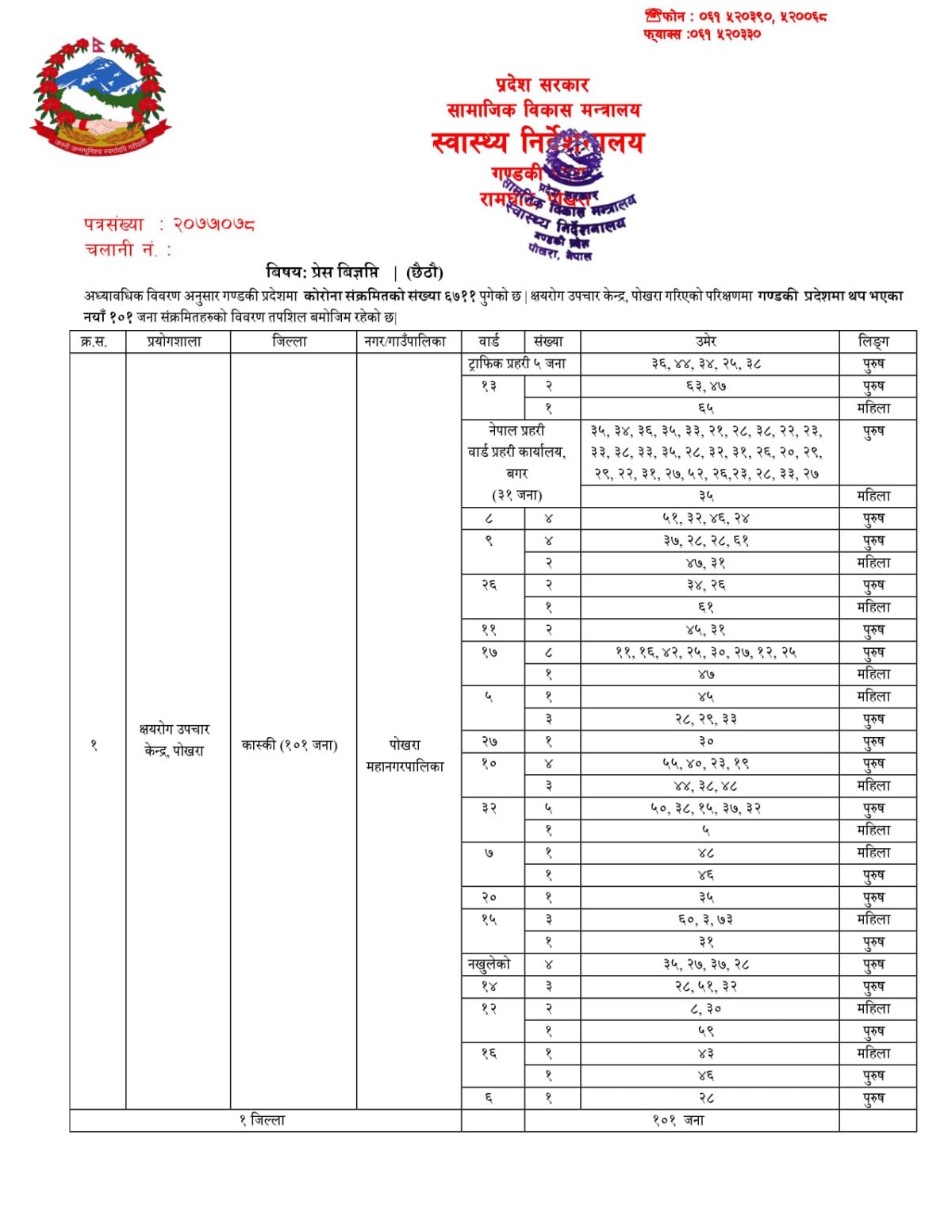 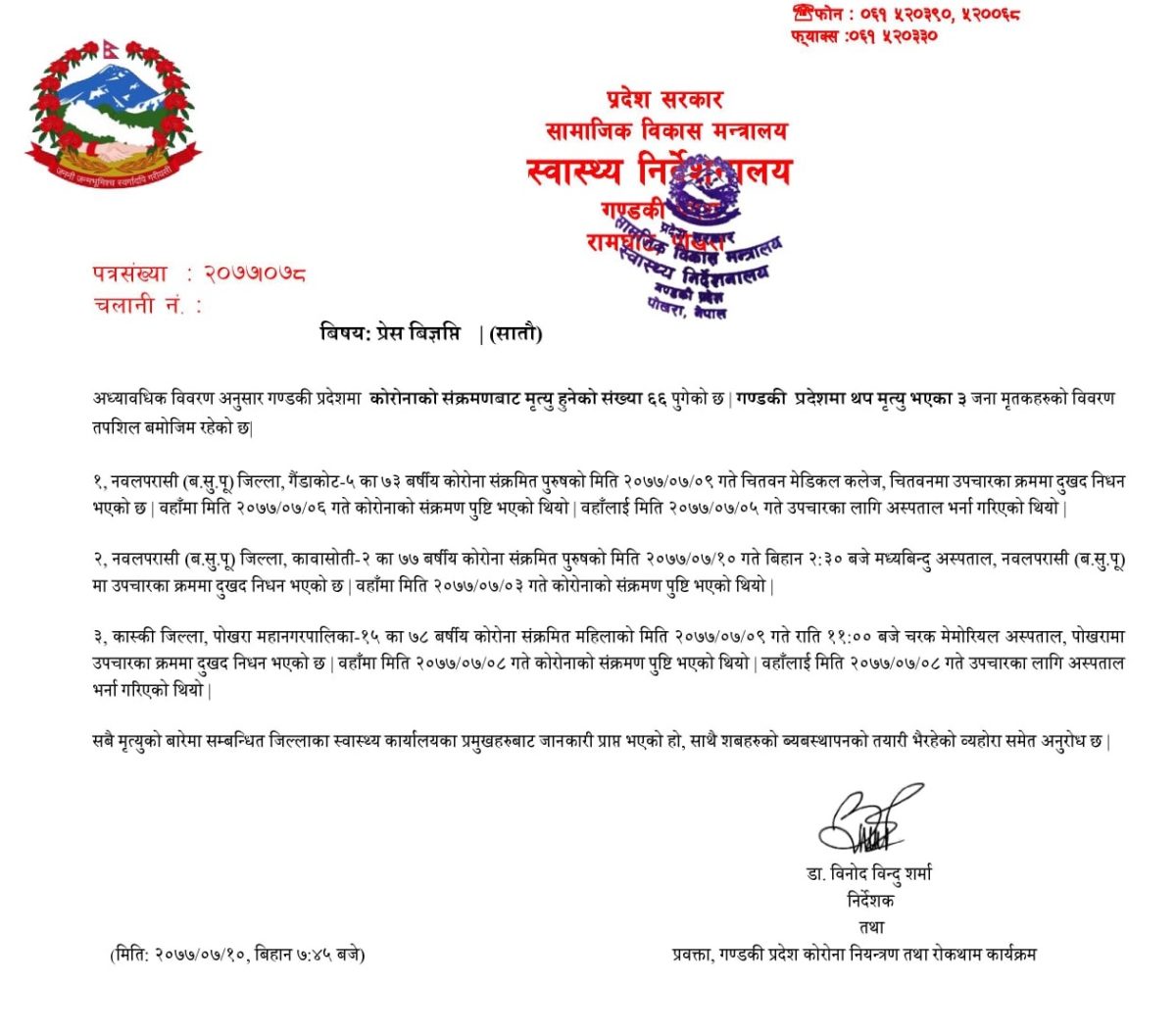 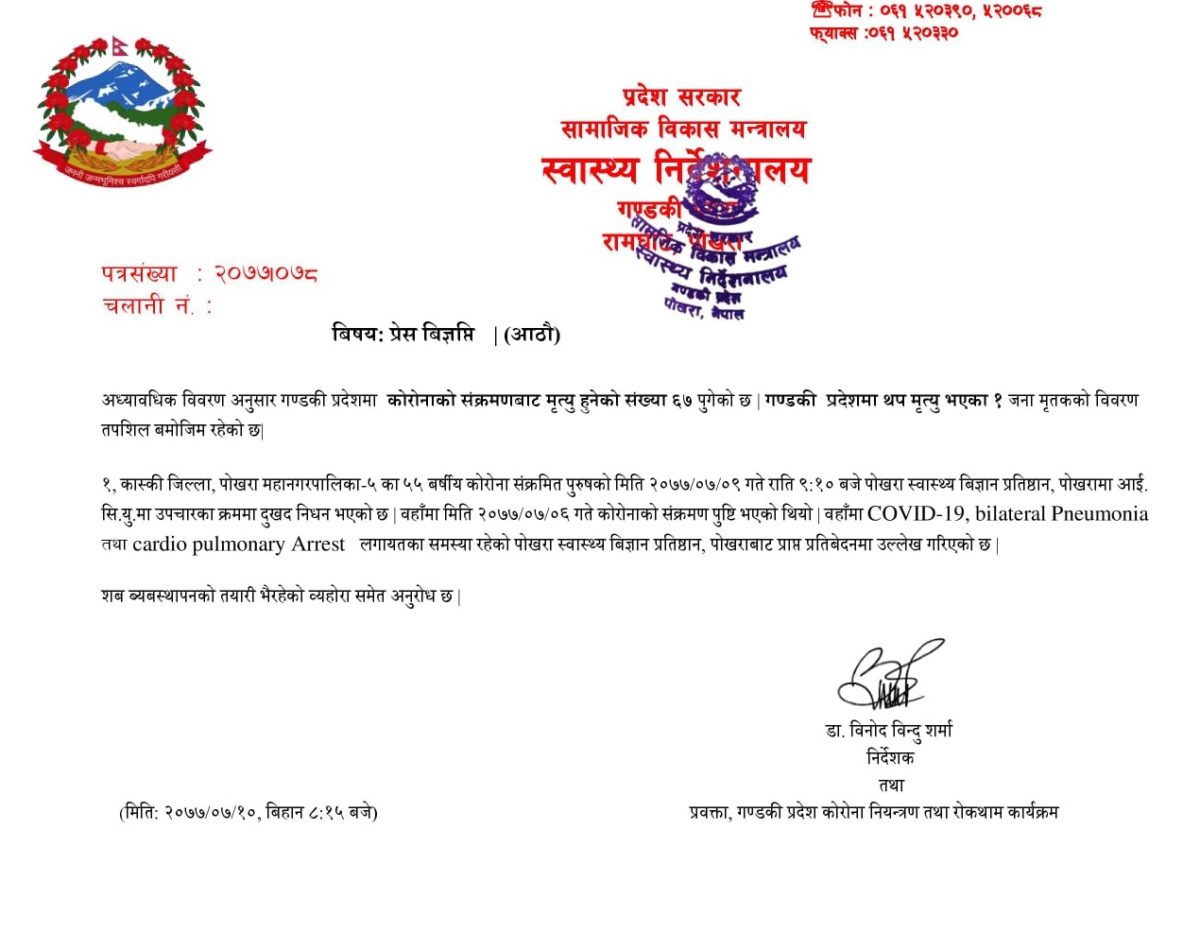