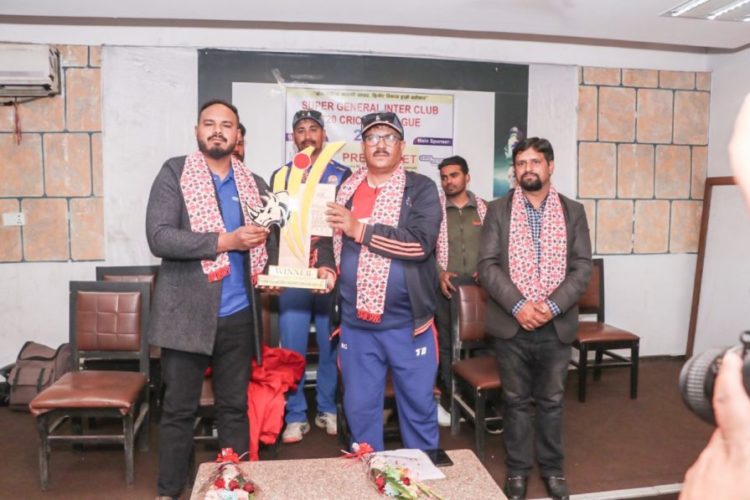 KN Sports Pvt. Ltd. is going to organize the competition from March 1 to 10, said competition coordinator Kamal Thapa at a press conference today.

It is the first time that a private company has organized a T-20 league with the cooperation and main sponsorship of a foreign company. Super General is a Dubai-based company.

Super General is a Dubai-based company. The company has signed a one-year contract with KN Sports and has taken the main sponsorship responsibility.

The winning team will get Rs 50,000 cash prize and medals.