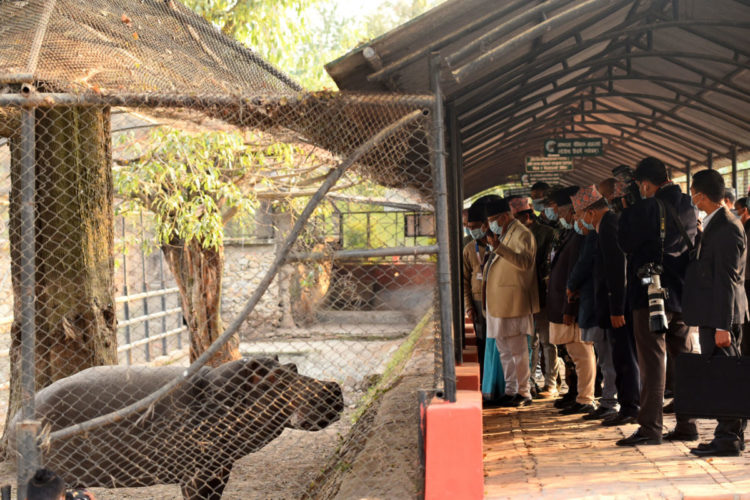 Kathmandu, March 3 : Prime Minister KP Sharma Oli has spoken of the need for the humankind to protect the rights of one and all including the wildlife, arguing that there was an interrelation among human, floras and faunas.

Addressing the silver jubilee ceremony of the Central Zoo Management organized by the National Trust for Nature Conservation at Jawalakhel on Wednesday, PM Oli said the zoo has undergone some good changes lately since the Trust undertook the responsibility of its management. 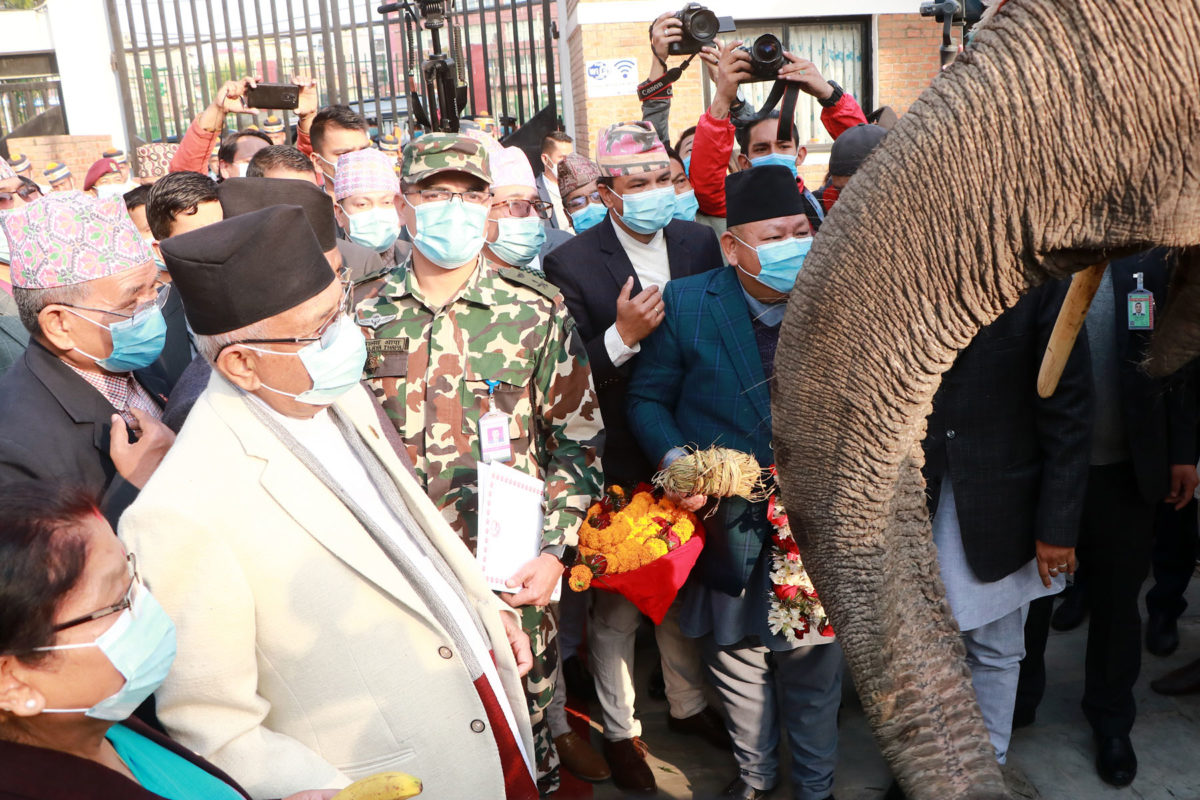 The zoo is home to over 1,068 animals of 110 species. It has conserved 15 of the 38 endangered wildlife species enlisted as the endangered category in the country.

PM Oli also held the view that the issues related to wildlife conservation should be educationally linked and the zoo should provide the visiting students knowledge about the interrelations among the human, wildlife, natural resources, ecosystem and earth.

Oli, on the occasion, announced that the government would provide four electric vehicles to the zoo to facilitate the senior citizens, physically-challenged and expecting mothers.
Wildlife Guardianship Programme launched

On the occasion, PM Oli inaugurated the Wildlife Guardianship Programme and took the guardianship of a rhino. He announced that he would bear the cost of foods, care and treatment needed to the rhino for a month on his own expense and for one year on behalf of Nepal government.

He informed that he took the guardianship of the zoo animal in view of the problems on wildlife management. “Even the wild animals have rights to live like that of human,” he reminded.

The zoo has made public a campaign to take guardianship of a dozen wild animals of different species citing difficulty in managing them due to Covid-19. Under the drive, it has estimated expenditures spent on food, care and treatment of the animals for one year.

On the occasion, Member of the National Planning Commission, Dr Krishna Prasad Oli, stressed the need for cutting through challenges surfaced in interrelations between human and wild animals.

Similarly, the Ministry Secretary Dr Bishwo Nath Oli praised efforts of the Trust in conserving environment and carrying out researches.

Minister for Forest and Environment Prem Bahadur Ale said efforts were underway to establish zoo in all seven provinces and the procedure related to the guidelines of zoo would be approved within this fiscal year, 2020/21.

Established by the then Rana Prime Minister Juddha Shamsher Rana in 1989 BS, the Central Zoo was open to the public since 2011 BS.

The Trust has been managing the Zoo since 2052 BS. The zoo spans across 6 hectare area.