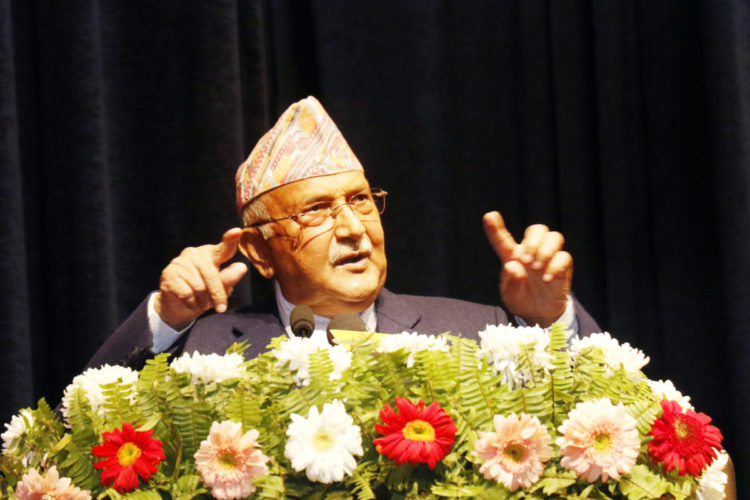 Kathmandu, March 8 : Prime Minister KP Sharma Oli has stated that effort of Nepali Congress and Janata Samajwadi Party in the parliament to prevent the ordinance brought to punish the acid attackers was a wrong idea.

At a programme organised by the Ministry of Women, Children and Senior Citizens on the occasion of the International Women’s Day today, the PM took exception to the two parties’ move to obstruct the ordinance from being tabled in the House.

During the parliament meeting on Sunday, some lawmakers of the ruling and opposition parties had obstructed the meeting for bringing the ordinances in the schedule of the House business.

On the occasion, the PM pledged women empowerment through their education, employment and property ownership adding that the government has centered its focus on women’s prosperity.

Similarly, he vowed to bring women in the mainstream of policy by making them efficient, robust and empowered while promising to end all sorts of discrimination against women.

Praising the voices raise by Nepali women for democracy, social justice, inequality as well as against suppression and exploitation, PM Oli shared, “We should not fail to respect women.”