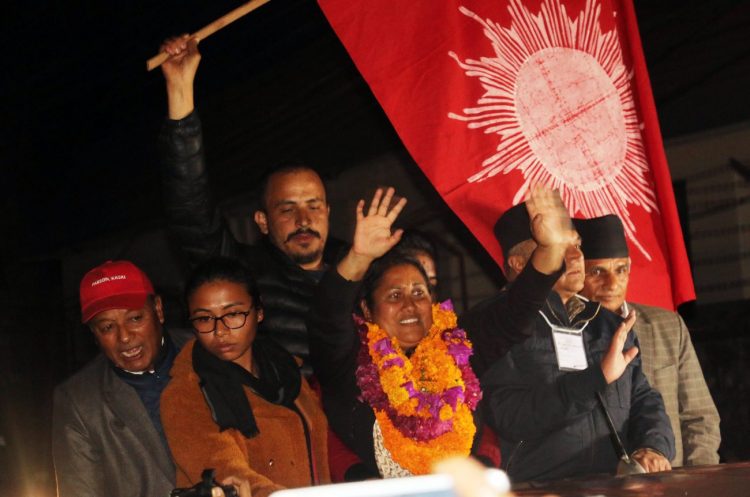 Pokhara, 1 Dec: Bidya Bhattarai, the candidate of Nepal Communist Party (NCP) has won the election and has been elected as a parliamentarian member of House of Representatives from Kaski constituency-2.  Bidya won the election by receiving  24,395 votes while Khemraj Poudel from Nepali Congress got 15,984 votes. The constituency no.2 was vacant after the demise of parliamentarian and minister, Rabindra Adhikari.  Bidya has received certificate of victory from election commission. Meanwhile the rival Khemraj  congratulated Bidya on her victory.

Maiti Nepal to be honored with Sripati Social Service Award and prize of RS 222,222

Power supply to three districts obstructed due to floods

Locust to be bought for 100 rupees per kg in Jhapa