PCCI submitted memorandum regarding management of parking fee and footpath

PCCI submitted memorandum regarding management of parking fee and footpath 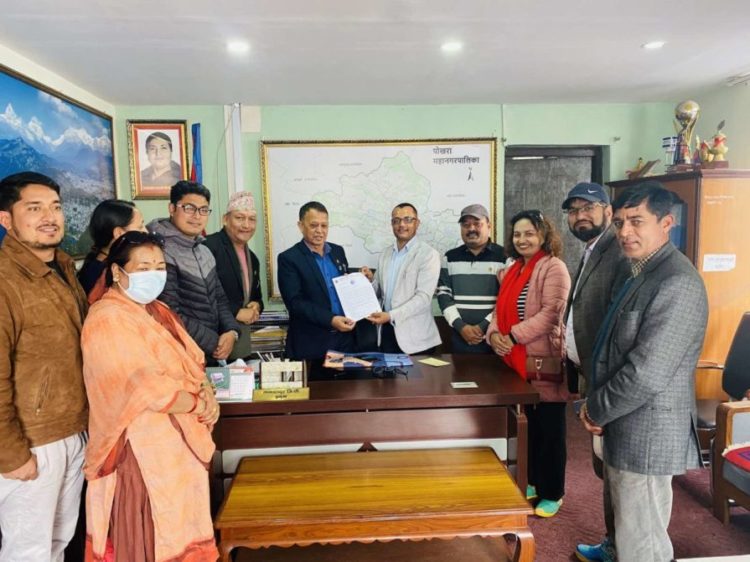 Pokhara, Feb 25: The Pokhara Chamber of Commerce and Industry (PCCI) has handed over a memorandum to the Pokhara Metropolitan City with suggestions on footpath, parking and market management.

After receiving the memorandum, Mayor of Pokhara Metropolitan City Man Bahadur GC said that he is not satisfied with the work of the company in charge of parking. Stating that he did not like the parking arrangement, he said that a decision will be taken in the coming fiscal year whether to renew the contract or not.

He agreed that parking charges should not be charged on holidays, at night and outside the designated places. Stating that the suggestions made by the industrialists and businessmen to make Pokhara beautiful and well-organized are welcome, Mayor GC assured that the implementation will start after the study.

Handing over the 18-point suggestions in the form of a memorandum, Vice President of the Pokhara Chamber of Commerce and Industry Arjun Pokharel said that the  PCCI has given suggestions for the benefit of the general public and business people.

The association has collected suggestions from industrialists and businessmen at different stages and submitted them to the metropolis.